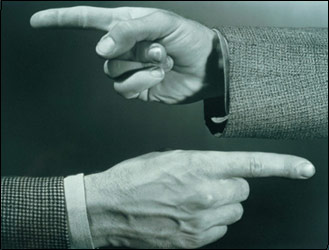 A MercadoLibre case in Argentina has sparked debate over the responsibility of platforms and ISPs for content and transactions made by users.

Last week, the Argentine Supreme Court ruled against MercadoLibre in an ongoing case involving the sale of stolen tickets for a 2006 Gustavo Cerati concert through its platform. The court’s decision: MercadoLibre must pay AR$40,000 (around US$6400) in restitution.

According to the case file, brothers Patricio and Enrique Claps purchased tickets for the concert in question through MercadoLibre. When they arrived at the event, the tickets were detected as robbed. Initially, a court case was brought against the brothers, who were later acquitted. In the second act, the two initiated a civil case for damages against MercadoLibre.

The first court that reviewed the case ruled in favor of MercadoLibre, exempting the company from responsibility for transactions made through its platform. But upon appeal, the Claps brothers won – a ruling confirmed by the Supreme Court last week, without delving deeper into the question.

At the heart of this case is one central issue: Are internet service providers (ISPs) responsible for the content published and transactions made by third parties on their platforms?

We asked Ricardo Sáenz, Criminal and Correction Prosecutor of the National Court of Appeals of the City of Buenos Aires, for his thoughts on the MercadoLibre case:

The Court doesn’t get into the merits of the case, in other words, there’s no jurisprudence. Because this is a conflict between individual parties, the Court generally doesn’t give space to these types of resources and remains silent on the subject. In rejecting the submission, it affirms the ruling of the lower court. But the most worrisome is the fact that internet activity is not regulated in Argentina. Civil code is still being applied, which dates back to nearly the 19th century, when the reality is completely different. In Argentina, many judges argue that the internet is ‘risky,’ but what are lacking are rules. Judges can’t refrain from deciding because they don’t have the adequate laws in place, so they apply the laws they do have.

Sáenz outlined a related issue. As a prosecutor, he once had to investigate and then denounce Cuevana with respect to the criminal responsibility of the website’s owners for access of cinematographic content by users without payment of intellectual property rights. In the cases of Taringa!, Google and Yahoo!, the question becomes the impossibility of these sites in knowing the false or illicit origins of materials featured on their platforms, given that they are only channels and means of transmission.

“There are rulings that say one thing and rulings that say another, declaring the intermediary site responsible and declaring it innocent. Because there’s no legal framework, it’s up to the judge’s criteria, and it’s not uniform,” Sáenz pointed out.

Throughout Latin America, the situation is more or less the same – there’s no real legislation addressing how these platforms work. In the United States and Europe, the panorama is a bit clearer:

The European Union attributes responsibility to the site once the aggrieved individual has notified that content is illicit or in violation of intellectual property rights (notice and takedown). The same criteria are applied in the United States.

Jacobo Cohen Imach, VP of Legal Affairs and Government Relations at MercadoLibre, outlined the company’s vision of the case in question and Latin America’s legal landscape with respect to e-commerce and online platforms.

Clarisa Herrera: Can the Court’s ruling be considered a precedent for similar future conflicts for this and other platforms?

Jacobo Cohen Imach: When an appeal like ours is presented to the Supreme Court, the Court has two paths: it can reject the appeal or it can open it, review the previous ruling and make a particular determination. The Court did not open MercadoLibre’s appeal, so technically, there was no decision. In other words, no specific ruling was issued regarding this case.

CH: How do you think this could concretely affect MercadoLibre?

JCI: In 14 years, this is the only precedent of this kind, and it has nothing to do with our services or the functioning of our platform. We understand that it’s the particular vision of those who made the decision, but it’s not going to turn into a wave of lawsuits against MercadoLibre. This will be clarified later down the line when new regulations are put in place for MercadoLibre and other internet companies. We don’t generate content, nor do we participate in third-party transactions. Beyond that, the buyer did exactly the opposite of what we tell people to do with respect to the precautions they need to take with sellers.

CH: There’s a void that could affect how electronic commerce works. Is that how it looks to you?

JCI: There is no law that regulates e-commerce or addresses the responsibilities of ISPs. Beyond the case of the tickets is a deeper discussion surrounding the responsibility that may or may not correspond to internet service providers for content and rights not generated by them (ISPs like MercadoLibre, search engines, hosting sites). The conversation is to what extent an ISP is liable for content it does not generate or transactions in which it does not participate.

CH: What’s happening in Latin America and the rest of the world with respect to these types of conflicts?

JCI: In the U.S., when an ISP finds out about an infraction, for example, in the intellectual property rights regarding certain content for which it is a vehicle, it has two options: it can remove the content, or it can leave it and take some sort of responsibility. The same thing happens in Europe.

Chile is the only country in the region with something similar, the request has to go through the courts. There was a similar project in Argentina, but it hasn’t prospered.  In Brazil, framework legislation is being considered that evaluates the responsibility of content channeled through ISPs.