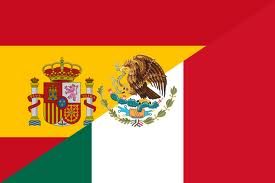 This week, Naranya Labs and Plug and Play Spain launched calls for projects to participate in their acceleration programs next year.

Thinking of accelerating your startup in 2014? Have you considered Mexico? Or what about Spain? This week, Naranya Labs and Plug and Play Spain launched calls for projects to participate in their acceleration programs next year.

Based in Monterrey, Mexico, Naranya Labs forms part of leading Latin American mobile technologies company Naranya. It has opened a call for submissions from startups interested in forming part of its Spring 2014 class.

Twelve lucky projects will be selected for the program, which lasts for a total of four months. Companies receive US$40,000 (US$20,000 in cash and US$20,000 in kind) in exchange for an equity stake as well as other support through mentoring, training, workspace and business services. They also gain access to the Naranya mobile network, which is 500-million-users strong.

Who is Naranya looking for? The accelerator outlines in its call:

Our perfect fit, but not exclusive, is with startups that generate market intelligence or innovate on mobile technology targeting high growth markets in the areas of commerce, payments, finance, search, marketing, distribution, security or entertainment. It is preferable that the team has experience from previous startups or that the project has already been in an acceleration process.

To apply, create a profile on AngelList (if you don’t already have one) and complete the Naranya Labs application form here. Submissions will be accepted until January 17th, 2014. On the 31st, candidates will be announced to pitch to the Naranya Labs selection committee. Acceleration will commence in March.

Valencia more your thing? Then you’ll want to apply for Plug and Play Spain, which is also on the lookout for startups for its Spring 2014 program.

Plug and Play invests up to €40,000 in each startup selected and submerges teams in a Silicon Valley-inspired entrepreneurial environment. Its program combines workshops, presentations, tutorials and consulting to help entrepreneurs bring their ideas to life and prepare them for future rounds of investment. Launched in May 2012, Plug and Play Spain is looking for its second big success – one of its startups, TouristEye, was acquired by Lonely Planet.

An important note to applicants on this one: Don’t waste time sending in your submissions. Plug and Play has set a cut-off of 300 applications, meaning only that many projects will be considered. While the deadline is January 6th, it’s better to get on it sooner rather than later.

Once applications have been received and reviewed, 20 startups will be selected to move on to the second phase of the process. They’ll be required to appear at Presentation Day in Valencia for evaluation, after which 10 startups will be chosen to join the program.

Find out more and apply at http://plugandplayaccelerator.es.