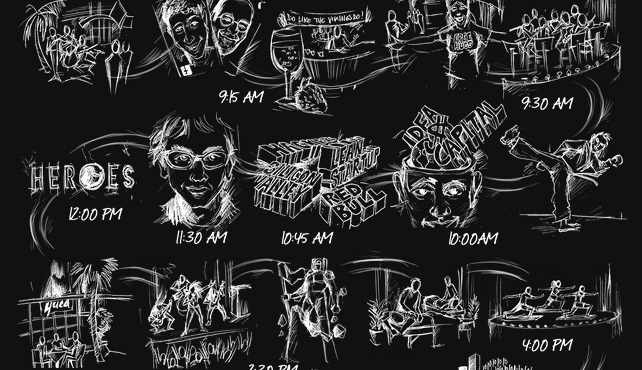 Here are four reasons you don’t want to miss SIME MIA 2013 (Hint: one of them involves a discount on tickets).

SIME MIA is just around the corner. Next week, top creative and innovative minds will descend upon Miami for a two-day event set in the context of the world-famous Art Basel. On the 3rd and 4th of December, the cornerstone European tech gathering will make its U.S. debut.

Haven’t decided whether you’re going to make it? Let us make the case. Here are four reasons you don’t want to miss SIME MIA 2013 (Hint: one of them involves a discount on tickets).

On Tuesday, December 3rd, American artist David Datuna will premiere the first Google Glass interactive exhibition of Viewpoint of Billions. Attendees will be able to experience Detuna’s work interactively at the New World Center in Miami Beach, after which it will travel to the Miami Design District from the 4th to the 8th for its public debut.

“For those wearing Glass, it will act as an extension of my original concept. Glass will unlock a narrative beneath the lenses through video and a variety of immersive experiences. The audience will be able to interact with and respond to the work in a totally different way,” Detuna told the Miami Herald earlier this month.

2. A Funky Set of Speakers

SIME MIA promises to bring the funk, and the lineup of speakers and presenters for the event is certainly a reflection of that. It will bring in la crème de la crème of Miami’s tech scene – Demian Bellumio (Senzari), Juan Calle (CO) and Matt Haggman (The Knight Foundation) – as well as Latin American superstars like Andres Moreno (Open English), Martin Varsavsky (FON), Adriana Cisneros (Cisneros Group) and Mariano Amartino (Wayra). However, it’s also got some European exports in the mix. The list includes VC Pär-Jörgen Pärson, SIME MIA host Ola Ahlvarsson, and Ace of Base rocker Ulf Ekberg.

Not one but two awesome locations will play host to SIME MIA. On Tuesday, attendees will gather at the New World Center, an innovative facility and the home of the New World Symphony. The LAB Miami, an innovation and coworking space launched last year, will serve as the setting for the second day of the event.

4. Did We Mention a Discount?

PulsoSocial readers have access to a special US$200 discount on tickets for next week’s SIME MIA. To redeem the offer, head to www.simemia.co and enter the promotion code PULSOSOCIAL upon registration.

See you in Miami!