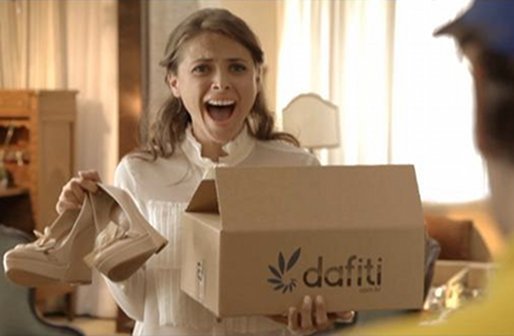 Just days ago, Dafiti received the CNN Expansion Award for Best E-Business 2013 in the Entrepreneurship category, selected out of a group of 193 candidates.

Dafiti has managed to position itself at the top of online retail in fashion and accessories in Latin America, beating out local retail chains that haven’t been able to establish themselves fully in the e-commerce realm (at least not yet). The company’s rapid growth in Mexico, a solid business model, a diverse range of payment options and efficient customer service have given Dafiti its edge in leading the regional fashion e-commerce scene.

Launched in Brazil in 2011, Dafiti has brought in over US$225 million in investments from international entities like JP Morgan, Quadrant Capital Advisors and Ontario Teachers’ Pension Plan. It leads the market in Mexico, Chile, Colombia and Argentina across six categories, with a product portfolio that includes 2,000 brands and 125,000 products. It employs more than 2,000 professionals around the region.

Clarisa Herrera: By the looks of it, Dafiti has achieved its objective, right? This CNN award has come at what specific moment for the company?

David Geisen: We are experiencing a moment of significant growth and are at a very high point, specifically in Mexico, a country where online sales are taking off significantly. And 2014 will be a key year for e-commerce in the country. Dafiti started in Brazil and has since expanded into Argentina, Chile, Colombia and Mexico, and success has accompanied it.

CH: Brazil is the region’s e-commerce giant. What’s left for other markets in your mind?

DG: The Brazilian market is much more developed and has a certain level of maturity nearing that of markets outside of the region. It is five or six times larger than the Mexican market. Mexico and Argentina are on a similar level. The Argentine context is a difficult one, given inflation and the economy; however, we’re seeing a high number of transactions there, and that’s really surprised us. It wasn’t in our plans, and it really benefits us.

CH: We’re in the season of Black Friday and its different chapters. How does that affect the company’s performance?

DG: Chile, for example, is just coming off of Cyber Monday, and the traffic and transactions that resulted from that market were impressive and worth noting. The same thing happened with El Buen Fin in Mexico, which always accelerated online sales. Now, it’s time for Cyber Monday in Argentina, with discounts of up to 50% from the 2nd through the 6th of December. This will give users a greater timeframe to take advantage of different promotions.

CH: There are a lot of startups aimed at the same niche as Dafiti that haven’t really been able to find success. To what do you attribute your success? Have you beaten local retailers?

DG: I think it has helped us to focus on the final consumer, providing them with a good service in terms of free delivery, free exchanges and reimbursements – in other words, we’ve made our processes in each country simple and trustworthy. Offering all payment methods has contributed as well, as has having such a high number of brands available. We’ve realized that this last point has attracted the interest of clients, because in no other online store can they find the same variety and be assured that they’ll receive items at home and at work. It’s definitely a very interesting value proposal. The other question is simplifying, for clients, the selection process, considering all of the elements entailed: size, brand, product type, color, heel height, material, etc. Together, it’s an experience that helps consumers find what they’re looking for and get it at the best market price.

CH: What’s your strategy in each market? Do you lay out growth stages?

DG: What we do first in each market is establish ourselves and build a large, attractive portfolio for the market in question. Later, we lay out efficient processes in logistics, payments, delivery and returns. Later, the second phase arrives of communicating through mass media like prime time television. That’s what we’re doing in Brazil, Argentina, Chile and Colombia and soon in Mexico to reach a more massive audience.

CH: Dafiti still doesn’t have a mobile application. That’s not a significant channel for you yet?

DG: In a month or two, we’ll launch our mobile app. In terms of mobile traffic, the number has increased significantly. For example, in Mexico, it’s gone from 6% to 16% since January in traffic volume. With respect to transactions, growth is less pronounced, because the experience isn’t optimized for it, but that will change soon.

CH: What will your next bet be? A new market?

DG: On the one hand, a mobile application. On the other, there is a lot of potential in the markets where we’re already present and a lot to achieve, but the idea is to expand to other markets like, for example, Venezuela.