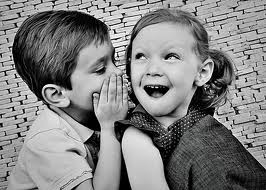 Look out Miami. Venture Hive has unveiled the 10 startups selected to form part of its latest acceleration class.

Look out Miami. Venture Hive has unveiled the 10 startups selected to form part of its latest acceleration class.

Launched in January 2013, Venture Hive Miami was brought to life by a million-dollar grant from Miami-Dade County and an additional US$460,000 from Miami DDA. It encompasses an accelerator and incubator and is currently the home of 21 companies, including Do You Remember, GetMyRX and HASH.

Venture Hive completed its first acceleration program this year, and a few months ago, it launched its second call for projects. Given Miami’s cultural and geographic proximity to Latin America, the organization represents a valuable opportunity for Latin American entrepreneurs – and by the looks of its latest class, half of which is from the region, startups took advantage.

Thus far, the organization has proven to be quite the success. It reports having yielded an investment leverage of over 12:1 and creating 40 new jobs since January. “Miami-Dade County is proud to support Venture Hive and its mission of attracting forward-thinking entrepreneurs to our community and giving them the tools they need to succeed here,” remarked Miami Mayor Carlos Gimenez in the selection announcement. “My top priority as Mayor is job-creation – diverse job-creation – and Venture Hive supports that goal by positioning Miami-Dade County as a hotbed for dynamic start-up businesses that support new jobs.”

The selected startups will receive US$25,000 in equity-free funding and take part in Venture Hiver’s 13-week acceleration process. The program is designed by Susan Amat, who previously co-founded and headed The Launch Pad at the University of Miami.