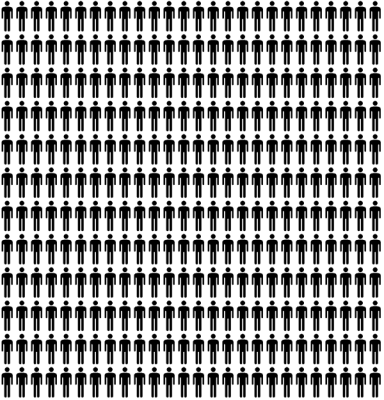 By 2017, Latin America’s social network community will be another 100-million strong. This, according to a report on the region’s social media trends.

By 2017, Latin America’s social network community will be another 100-million strong. This, according to a recent eMarketer report on the region’s social media trends.

Currently, Latin America has 196.1 million social network users (defined as those who log in to a social site on a monthly basis from an electronic device). Unsurprisingly, Brazil leads the way in terms of social population size, with 69.4 million users. Mexico contributes about half that, 35.6 million users, and Argentina quite a bit less, 17.4 million.

Brazil is likely to remain at the top through 2017, reaching 91.2 million users by that time. However, it will lose a bit of its share as other locales gain momentum, especially Mexico.

And where specifically are Latin Americans spending their social time online? Why Facebook, of course. Nine out of 10 social network users in the region use Mark Zuckerberg’s creation regularly. Moreover, it doesn’t look like the trend is slowing down. “And with Facebook growth averaging higher than overall social networking growth in the region, that dominance is only set to solidify,” the report reads.

It’s worth noting that Facebook isn’t the only social media player in the Latin American game. Back in April, a Bezinga study found that Brazil, Mexico and Argentina are among Twitter’s top 10 markets, Argentina having the highest penetration rate of the group. And for LinkedIn, Brazil is an especially tempting market, with the potential to reach 13 million users over the next two years.

Penetration, however, remains an issue in Latin America. Of the countries in the region tracked by eMarketer, Argentina boasts the highest social networking penetration at 40.9%. Brazil’s is 34.5%, and Mexico’s is 30.6%. The region still lags behind more developed nations, including the Netherlands (63.5%), Canada (51.2%) and the U.K. (50.2%). See how social network use shakes out internationally here.