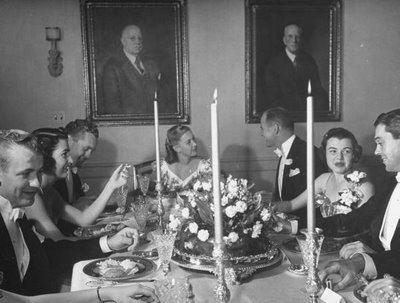 Disk Cook isn’t your average online food delivery platform. The Brazil-based company boasts a wide range of differentiators, from combined restaurant orders to dispatch notifications, and has just launched another feature that sets it apart even more: real-time tracking. Now, users can monitor their food orders from restaurant to doorstep.

This is just another piece of the overall Disk Cook puzzle. The startup manages each and every part of the delivery cycle for its catalog of over 150 leading restaurants in São Paulo and Rio de Janeiro.

“We have full control on the entire delivery cycle. We take care of the customers from the beginning to the end of the order,” explained Patrick Sigrist, CEO of Disk Cook, in an interview with PulsoSocial. It addresses client relationships, logistics, payments and customer service, and its restaurant listings feature food photos and complete descriptions. Sigrist outlined:

Disk Cook has been in the restaurant business for 15 years, refining its proposal over time to offer a complete delivery solution – not just another channel. And apparently, its work has paid off. The company has doubled its revenues this year to R$10 million (around US$4.3 million) and hopes to triple that number in 2014.

The figures reported by the Disk Cook team certainly seem high for an online food delivery platform. Sigrist provided insight into the math behind them. “We have a much higher ticket price and commission, since we encompass a full service,” he said. Disk Cook charges a 27% commission on what are generally very high ticket prices as well as a fixed fee. Because of that high fixed cost, it is essential for the company to scale in the specific markets it is targeting.

Mobile is another potential revenue driver for the company. It has already released an iOS app and plans to launch the Android version early next year.

Perhaps what is most key to its business plan is the high number of extras included in its proposal. Users can select items from different restaurants on the same order, easily place reorders and schedule deliveries, and pay with credit cards (information input required only once). Its latest addition, real-time tracking, is especially exciting.

“That’s a very strategic part of the business model,” Sigrist remarked. “We’ve been working on that for the last two years and spent over R$2 million.” It also opens up a new door for Disk Cook, which could sell the technology to others:

Next year, we’ll decide if that should be offered as a service for other restaurants and players. Since that requires another layer of information and intelligence to be installed in the restaurants (the dispatcher module of our system), and there are still things to be changed in order to serve the structure of all restaurants, it should only be available on the second semester.