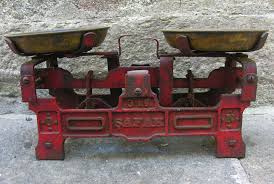 PricePanda has landed in Latin America. The price comparison site out of Southeast Asia has commenced international expansion. Its first step: Mexico.

A Rocket Internet company, PricePanda provides pricing information, descriptions and reviews of a wide range of products, from electronics to beauty items and games. It is available on the web as well as for mobile devices, with apps for iOS and Android.

“When we started PricePanda in 2012, we only had one goal: to restructure today’s shopping information overload and to be a helpful guide through the jungle of different price offers from diverse e-commerce stores,” explained PricePanda CEO Christian Schiller in the Mexico launch announcement, elaborating:

At the same time, our platform also empowers e-commerce businesses, as we help them to convert their offerings into sales. Now, we are very happy to bring our service to Mexico. With about 118 million inhabitants and a growing and increasingly affluent middle class, Mexico is one of the most promising and flourishing markets in Latin America.

He added that he is “personally very bullish on the Mexican Market,” saying that it is a first step into Latin America for the startup.

Rocket Internet Steps Up Its Game in Latin America

With a penchant for starting up in developing markets, Rocket Internet has been generating quite a bit of buzz in Latin America as of late.

Its online food delivery bet, Hellofood, has been hard at work setting itself apart from the swarm of similar startups in the region. The startup’s Brazilian division has set out an aggressive acquisition strategy – a necessary measure given the local incumbents in the market. And throughout Latin America, Hellofood is leaning on product and technology to get ahead.

Rocket’s fashion e-commerce company, Dafiti, has been gaining momentum as well. The company won the 2013 CNN Expansion Award for e-business in the entrepreneurship category.

And we can’t forget Easy Taxi, the taxi hailing app born out of a Startup Weekend in Brazil. After expanding throughout Latin America, the company most recently landed in the Middle East.