WeHostels, a mobile platform for budget accommodations bookings, has been acquired by StudentUniverse.

WeHostels has been acquired. The mobile platform for budget accommodations bookings has been scooped up by StudentUniverse, a Boston-based technology company that operates one of the largest online travel agencies for students and youth travelers in the world.

Since its 2011 launch, WeHostels has been gaining momentum at a fast pace. The New York-based startup founded by Diego Saez-Gil (originally from Argentina) and Alex Torrenegra (Colombia) has expanded its reach to over 800 cities around the globe. It has been honored for its work by Entrepreneur Magazine and PhoCusWright and in 2012 joined the ranks of Endeavor. Saez-Gil made our list of entrepreneurs to watch in 2013, and since then, he hasn’t failed to surprise us: WeHostels landed in Brazil last May, and in August, it launched an app for iPad.

Yes, things have been going quite well for WeHostels – something that begs an important question: Given the momentum, why go the route of an acquisition now? In an interview with PulsoSocial this morning, Saez Gil responded:

We have a lot of momentum and we could have continued growing alone, but the amazing synergies with StudentUniverse made it a very attractive option. We can accelerate our growth with their support, and we can contribute on their mobile strategy. Most importantly, we share the same values and mission. We will build together a globally-enduring company.

Following the acquisition, WeHostels will remain an independent brand, and its offices will stay in New York. Part of the company’s Latin American team will stay on board, and it will also bring on new developers to help expand StudentUniverse’s mobile offer.

“We are excited and honored to bring WeHostels’ incredible people and technologies into our organization,” said Atle Skalleberg, StudentUniverse CEO, in a statement announcing the deal. “We have been impressed with their agility and track record of innovation. The team will help drive our mobile strategy going forward. The new combined group of talented people will help accelerate the momentum and innovation of both our accommodation and mobile services.” 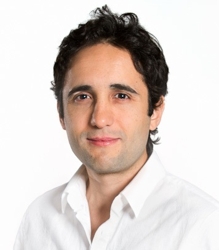 Post-acquisition, WeHostels won’t be leaving behind its Latin American roots and will continue to pay close attention to the market. StudentUniverse also has an eye on the region. “SU sees a lot of potential in LatAm, where the number of students and young people traveling is growing faster than in any other region. Of course, we will pay attention to Brazil and the World Cup, but gradually, we will build the brand in the entire region,” Saez-Gil told us.

WeHostels has become quite the success story in terms of entrepreneurship, and Saez-Gil is a bit of a break-out star. We asked him to reflect on his trajectory and how he’s gotten to where he is today:

I think in Latin America we have to believe in ourselves and dream big dreams. We also have to learn to embrace failure, which is the only way to learn and grow. With persistence, we can build great things for the region and the world.

The terms of the StudentUniverse transaction have not been disclosed.