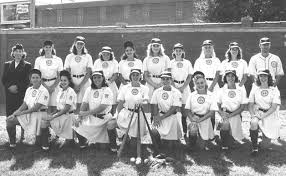 There are no hard-and-fast rules that prevent women in Latin America from starting their own businesses, but why aren't women entrepreneurs succeeding?

Some barriers are easier to see than others. The obstacles women face are overt throughout some cultures and corners of the world – laws against driving and owning property, rules barring them from certain social settings – while others are more subtle.

There are no hard-and-fast rules that prevent women in Latin America from starting their own businesses. Actually, with mid-to-larger companies often reluctant to hire qualified women for any number of poorly-premised reasons, small business would seem like a natural launching point for the more enterprising among us.

So then, why aren’t more women succeeding as entrepreneurs?

A working group I lead has explored the role of women in Latin America’s small, medium and large businesses, and found that they are consistently underrepresented across the board, in terms of their leadership roles.

But the reasons for this are not easy to “pack” into one answer. In some countries of Latin America, women seeking to start up their own businesses must face deep-seated cultural obstacles, such as the stigma of a woman’s perceived role being in the home and the prejudice that women cannot negotiate or play hardball.

In other more sophisticated countries of the region, women may face a disadvantage because the business environment is not ready to accept the way women do business.

The examples abound. Take golf, for example. For the business elite, golf has traditionally served as the go-to sport of leisure for men – a place to unwind. But for captains of industry and the ambitious alike, there is no clear distinction between business and pleasure. Mergers, acquisitions and takeovers are hammered out between the first and the ninth hole. These interactions are relational, but  transactional in their ultimate goal. I dare say when women play golf … well, they just play golf. The interaction stays at the relational level.  If women are watching their kids on the playground, most likely they are chatting with other women who may have interesting professions, but they are not using those encounters to do business. Women tend to be more compartmental: business is business, and other activities such as leisure or sports, are … leisure or sports.

Women often lack alternative sources of funding beyond their immediate networks of family and friends, as banks finance less than 20% of their business needs. The irony of the situation is the fact that women are more likely to found businesses that they are passionate about, as opposed to businesses that are shallow cash-grabs. Businesses born of true passion are more likely to grow and succeed. They are in fact the best investments, but face the most challenges when getting seed capital.

Still, women are dogged by misconceptions in business. There is a prevailing notion that women are more risk-averse by nature – a notion that I find patently absurd.

It takes a regional approach that also takes into account cultural differences among countries to address these systemic shortcomings. In a survey done in Uruguay, women seemed to place themselves second to men when it came to business skills. This could be related to not being offered training courses tailored to their specific needs and profiles. The Multilateral Investment Fund (MIF), part of the Inter-American Development Bank, recently started a partnership with Endeavor and OMEU to meet these women’s needs and help them reach the next level in their ventures.

Meanwhile, in a survey done in Argentina, conclusions were different. Many women saw the fact of being a woman a plus for their entrepreneurship aspirations. The ones who were less dynamic, saw their lack of success correlated to the difficulties in the business environment, whereas the dynamic ones saw their problems as one more obstacle to sort out on the road to success.

Early this year, the MIF supported a regional accelerator, NXTP Labs, that is already having some success nurturing teams with women founders.  In a recently approved project to consolidate angel networks in the region, the MIF will create incentives to support angel networks that  include women in leadership roles, as investors or as target for investment .

Our findings in the recent undertakings in both Uruguay and Argentina, along with other results that could help drive successful women entrepreneurs in the coming generations, will serve as the backdrop for WeXchange, Latin America’s first pitch conference focused on strengthening the networks for this demographic. There, we will provide a platform for Latin America’s most promising women entrepreneurs, key investors and international experts. Together, these minds and voices can change the reality and even out the playing field.

Small business is a ladder, an accelerator, a way for people to thrive and earn outside of the typical corporate constructs. The startup ecosphere is where innovation happens. How can this economic engine be effective if half of the population is excluded from fully participating in it?