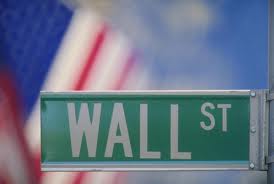 iBillionaire has reached a new level with the iBillionaire Index, which commenced calculation and distribution on the New York Stock Exchange this week.

The billionaire-based thesis of iBillionaire has reached a new level. The Latin American-born startup has launched the iBillionaire Index, which commenced calculation and distribution on the New York Stock Exchange this week.

The iBillionaire Index (BILLION) measures and monitors the investment portfolios of those who have, over time, reaped the greatest rewards from the stock market: financial billionaires. It follows figures like Warren Buffett, Carl Icahn, George Soros and Daniel Loeb and provides investors an effective and efficient way to follow the smart money.

The iBillionaire name sound familiar? It should. The brainchild of Ecuadorian entrepreneur Raul Moreno (formerly of Kinetik) and Dineromail co-founder Alejandro Estrada, iBillionaire was initially released as an iPhone app in April.  It was released for the web in August, at which time Moreno reflected on the democratizing nature of the product: “The billionaire’s data is finally available for everyone, in an easy to understand, and actionable format.”

It’s not often that a startup makes such a leap from tech to finance. How have they managed to do it? Moreno explained in an interview with PulsoSocial today:

We see ourselves as a tech company that provides investment solutions that are performance-driven, cost-efficient, and powered by technology. A lot of what we do today in iBillionaire could not have been done a few years ago. For example, after college about eight years ago, I started working at wealth management firm. Today, we send out real-time price alerts to our users on their phones. That sounds easy now, but eight years ago, even four, it would have been impossible.

Technology has been essential for iBillionaire to back-test its strategy in order to provide evidence of its thesis that tracking billionaire portfolios works. In going over a decade of data, its software has accomplished in a matter of weeks what would have likely taken over a year to do in Excel.

While the transition from app to index may seem like an odd one, it has always been part of the iBillionaire playbook. “The index was always in the plan, and I think it was a natural step for us,” Moreno remarked. “Finance is about investing, so we knew we had to be more than an information portal. Sometimes, I compare us to a newspaper.  We want to be more than a site with information, selling ads about what apartments to buy in the classifieds. We want to be the newspaper and have the classifieds, and we also want to build and sell the homes listed.”

The iBillionaire team won’t be stopping here, either. They’re also planning on an ETF (exchange-traded fund) so that “users will not only be able to learn what billionaires are buying, but invest like them as well.”

While Moreno has moved to New York City to grow iBillionaire from there, much of his team remains in Latin America – specifically, Argentina. The startup currently has two software developers based in Buenos Aires and is currently hiring iOS and Python developers in the city as well.

“I think New York is a great city if you are in finance and technology. I cannot think of a better place, to be honest,” Moreno said. However, he also acknowledged that being from abroad poses its challenges:

There are some challenges as a Latin American – Ecuadorian, to be more precise, I don’t know if all countries have the same issues. The main one is the visa. It’s just a costly, time-consuming process. Second is cost in general. It really is twice as expensive to operate in New York as it is in Buenos Aires, for example. Our development is and will remain in Buenos Aires, and we plan to grow our sales team in New York for the ETF. I think is very important to be where your clients are. You need to understand how they live and think.

The combination of human and digital elements is an essential piece of the iBillionaire puzzle. “I think it’s always good to have humans check the data – and make sense of it. More importantly, we want to provide our community of investors a human touch,” Moreno explained, adding, “Everything we do has been conceived for a generation that works and plays online.” 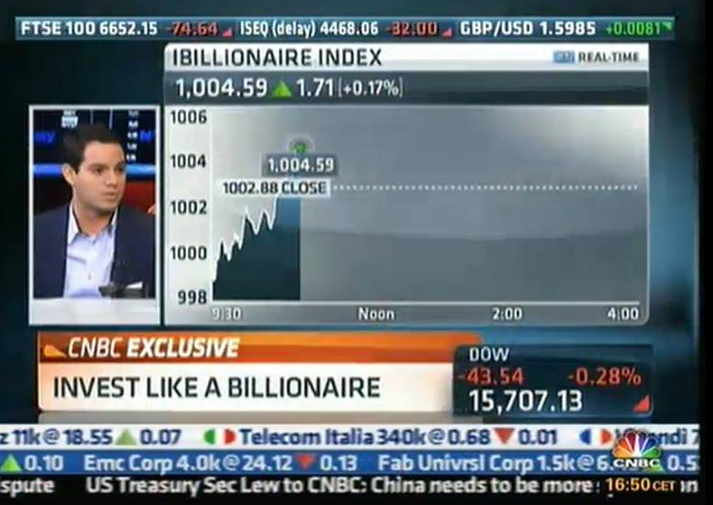 In the wake of its launch, iBillionaire has spurred an enormous amount of buzz in the media and the financial community as a whole – not an everyday occurrence for most Latin American endeavors.

The iBillionaire Index officially announced its launch on CNBC on Wednesday and caught the attention of big-name publications like Forbes and the Los Angeles Times. Reporter Frank Martin analyzed the product, acknowledging both pros and cons:

The returns are hard to argue with. Though 13F filings are notoriously backward-looking—the purchase disclosure can take place more than a month after the stock buy—the iBillionaire Index is based on buying at the time of disclosure. It has managed to rack up strong gains, however, so even buying and selling later than billionaires appears to be profitable.

But billionaires have completely different time horizons, risk tolerances and financial tools. They can afford to lose big. And they’re investing for decades and even generations, while most people need their money for retirement.

The iBillionaire Index is composed of the top 30 large-cap equities listed on the S&P 500 in which financial billionaires have allocated the most funds, providing ample trading liquidity, a well-known benchmark, and better results to equity indexation than capitalization-weighted indices. It is distributed to market participants and vendors throughout the trading day, including Google Finance, Yahoo Finance, Bloomberg and MorningStar.