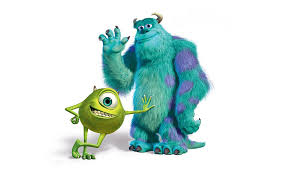 From a distance, Start-Up Brasil and Start-Up Chile seem to be very much the same thing. Look a bit closer, however, and that's clearly not the case.

From a distance, Start-Up Brasil and Start-Up Chile seem to be very much the same thing: government-funded programs aimed at promoting entrepreneurship and startup culture in their respective nations. And having just come off of a dual Demo Day in Santiago, the assumption may be even further confirmed. But look a bit closer, and you’ll see that what we’re dealing with are two very different beasts.

Start-Up Chile and Start-Up Brasil are designed in very different ways. While Chile’s program involves $40,000 of equity-free funding, the Brazilian version includes local accelerators, which accompany the program in backing startups and receive shares in return. This, in turn, renders the Start-Up Chile a more social endeavor – one aimed at promoting the culture of entrepreneurship and producing long-term ramifications – as opposed to Start-Up Brasil, which is attempting to produce a tangible economic impact and homegrown success stories sooner rather than later.

“Brazil is a continental country; it has a huge internal market. That’s not the case in Chile. We are much more interested in companies that are willing to stay in Brazil and develop their business here. In Chile, they’re not even required to incorporate, the case, many times, being that the internal market is not there,” explained Felipe Matos, COO at Start-Up Brasil. “The objective of Start-Up Chile, and they’ve been tremendously successful in this, has been to position Chile as a hub for South America and startup businesses in Latin America and to change the culture internally, as Chileans aren’t as used to the entrepreneurial culture. That’s not the case in Brazil.” 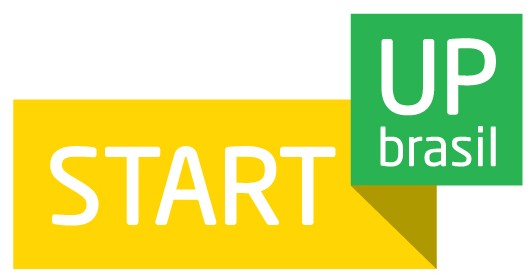 Horacio Melo, Executive Director of Start-Up Chile, also reflected on the many departures between the two entities. The result of the many differences between the countries’ cultures and economies, the dissimilarities are a “good thing” overall:

For example, at Start-Up Chile, we had the challenge of helping the Chilean entrepreneurs realize that they had everything they needed to go global. They were talented and great, they just needed to believe it. So, we thought that it was important for the Chilean participants to spend time with foreign participants with experience in Silicon Valley, just so they could realize they were not different at all in terms of potential. This is why we made a priority that there was a Start-Up Chile office where people spend lots of time together, and a very close and tight community of friends, which we actually call ‘the SUP family.’ As you can see, this cultural need of letting go of fear of failure made us prioritize having a strong internal culture. Start-Up Brasil operates with local incubators, because they didn´t need all the entrepreneurs working physically together and spending lots of time together. See? This is how the analysis of each country lead to different solutions and features in each program.

The fact that Start-Up Chile and Start-Up Brasil have taken different paths, however, doesn’t mean that they don’t have a lot to learn from one another. In fact, last month’s demo event formed part of a larger fact-finding and information-sharing mission between the two.

“We deeply respect the pioneer work that Start-Up Chile has done, and it is one of the models we’ve looked at,” Matos said. While in Santiago, the Brazilian team picked up tips on a wide range of subjects, from operations and media coverage to how to deal with startups that are on the wrong path. They were especially impressed with the involvement of alumni in the organization and plan to implement something similar at home – a padrinho program, as Matos described it.

Melo discussed his team’s approach to the knowledge-sharing process, explaining, “What we try to tell all government officials trying to replicate the Start-Up Chile program is that they must listen to the specific challenges and issues pertinent where they want to implement the program. We really used the Lean Startup Methodology when we created Start-Up Chile: we listened to our ‘customers’ and came up with a solution that was efficient at solving the opportunities they had.”

This meant addressing issues like bridging gaps in networks and knowledge, encouraging more collaboration and calming fears of failure. “So what we told Start-Up Brasil at the time, and what I would tell everyone who wants to replicate the program, is that they must not copy-paste the program, but to make some changes so it solves the specific problems they may have as an innovation hub,” he added.

Beyond the results the programs in Chile and Brazil produce, much of their value lies in the simple fact of their existence as examples of governments promoting and encouraging entrepreneurs. “Some would expect SUP Brasil and SUP Chile to just be competitors, but our answer to that is to host a Demo Day together,” Melo concluded. “We are sharing talent and investors because, anyway, each entrepreneur and/or investor will decide whether Chile or Brazil fits their needs better, and that is just totally fine. Our countries are different, and our tech ecosystems are different, too. Entrepreneurs and investors will be wise and choose what they need the most at the moment. Our job here as government is to give them options.”