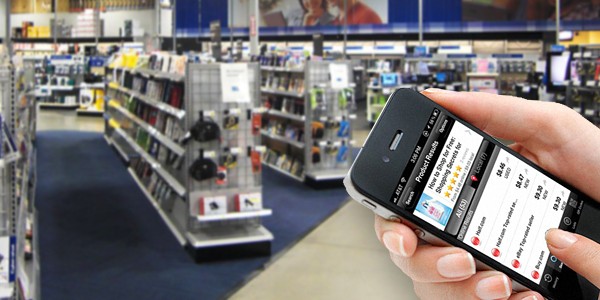 Out of Spain, Tiendeo delivers retail ofers, deals and brochures via web and mobile to consumers in Europe and Latin America.

The meteoric trajectory of Spanish startup Tiendeo starts with the story of three college friends, Eva Martín, María Martín and Jonathan Lemberger, who brought the project to life in 2011. The objective: eliminating the traditional catalogs and brochures put out by retailers and replacing them with e-mail and virtual catalogs.

The rational buying habits of consumers were evolving through a new retail marketing channel, making possible a new breed of à la carte catalogs that at the same time avoided collateral environmental effects incurred by the use of paper.

Through its web and mobile applications, Tiendeo allows users to access the catalogs and offers of nearby stores, such as Carrefour, El Corte Inglés, Zara and Walmart. It provides consumers a practical, smart way to find the best deals on the products they’re seeking.

Constant technological innovation is a pillar of Tiendeo’s work, facilitated by several rounds of financing – totaling US$1.5 million – raised from investors in Spain and Latin America. The company has used a large portion of its funding to internationalize, having just landed in Argentina and already boasting a presence in Brazil, Mexico, Colombia, the U.K. and Italy.

In two years, Tiendeo has built a 30-person team. It boasts 9.3 million users and 17 million catalogs read per month, and it is growing at a 30% monthly rate. Over 1.5 million consumers have already downloaded the app.

Clarisa Herrera: You’ve landed in a number of markets in a very short period of time. What are you  seeking in those locales?

CH: What is your strategy prior to entering markets?

MM: What is key for us is to be cautious. We don’t launch until we’re sure of how to do it. We bet first on a smaller scale, measure results, and then go for something bigger.

CH: You’ve now arrived in Argentina. What is your analysis of the local market?

MM: Argentina is one of the countries in Latin America with the greatest amount of technological and smartphone penetration. The studies we had access to indicated that Argentine merchants find themselves in an increasingly competitive environment, which obligates retailers to adapt new market strategies. That’s where Tiendeo comes in. Globally, we have 9.3 million monthly users and 17 million catalog views. With our arrival in Argentina, we hope to reach 15 million users by the start of 2014.

CH: Walmart, Carrefour and Jumbo are among the retailers you work with. What is the impact on their businesses?

MM: On the one hand, the retailers’ performance improves, because they achieve what we call an à la carte mailing and can measure user interactivity in their catalogs, thus improving other campaigns. On the other hand, we’re focused on the environment, working with digital brochures instead of printing millions of flyers, spending on paper and transportation.

CH: Your other point of focus is on the rational consumer, the saber. Is that consistent across the globe, or is it specific to consumers in a context of crisis?

MM: Prior to launch, we wanted to launch a business, we were very interested in sales, shops, retail, but more specifically, we saw that geolocalization in all of this was the future. We surveyed our friends and stores to ask what type of website or platform tied to the issue of stores and shopping interested them. In general, they replied that they wanted to go into shopping centers already knowing about deals. One person even told us, “Look, I would like to go to a website that has all the catalogs and brochures listed instead of receiving them in the mail,” and we thought it was a good idea. We realized that there were pages that were already starting to do it, in Europe, the U.S. and Australia. We mixed a little bit of everything and launched the first version, and I think it’s something interesting everywhere.

CH: You’ve received significant capital injections. How did you do it, and how has it helped?

MM: Development took about three months. We entered a contest, and that’s how we got in contact with Spanish investor Luis Martín Cabiedes, who decided to back us, thus allowing us to dedicate ourselves to this full-time. Later, the time arrived to hire others and find an office, because we were working from home. In the second round, Luis Martín again participated as well as other investors, and with that, we’ve achieved an even greater take-off. They were key in the process. What we were proposing hadn’t existed before, at least in Spain.

CH: What is your take on the regional market so far?

MM: We started a year ago. At first it was like an experiment, just to try. We first started in Mexico and then in Brazil. In Mexico, it really went very well, so then we went to Colombia and Argentina. The type of business makes a big impact, but regardless, we see the same phenomenon replicate – the intelligent buyer is a classic, checking things out before buying. And the mobile phone is another constant, it’s ingrained.

CH: It seems like the most adequate tool for showrooming.

As to what’s next for Tiendeo, María Martín said the startup is considering markets like the U.S., France and Germany.