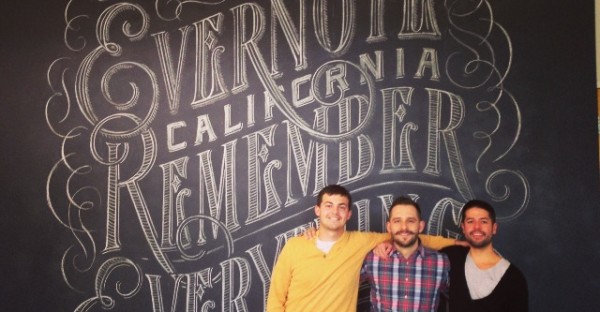 Daniel Artunduaga, CEO of AgentPanda, Evernote's only Latin American acceleration pick this year, talks the process of building a tool for travel agents.

It’s been quite a year for AgentPanda. In August, the company won the Global Startup Prize from Wayra, going on to compete at the 2013 Evernote Devcup. All the while, the team maintained its original focus, outlined by company co-founder and CEO Daniel Artunduaga:

The AgentPanda team was excited to work with a product-focused force like Evernote, which also helped them to made changes in their original concept.

AgentPanda initially set out to create a way to facilitate travel planning among friends. The concept was born while the team was accelerating at Wayra Colombia – notably, having gone into the program with an entirely different idea. They moved on to complete a second process with Socialatom Ventures and Apps.co, again shifting focus, this time concentrating on online rentals of houses and farms.

The idea that developed most was that of group travel planning, and that specifically is what the AgentPanda team chose to integrate with the Evernote API as part of the Devcup. Now part of the Evernote acceleration program, AgentPanda sat down with us to discuss the five major lessons they’ve learned through their journey.

The problem of communication and organization in travel planning isn’t just something groups of friends face – it’s an issue for travel agents, too. Artunduaga explained:

Along the way, we came across some problems and decided to pivot. AgentPanda was a B2C product, but now, it’s more B2B, because it’s for agents and agencies. The idea now is to help travel agents better communicate with clients to plan trips and create personalized itineraries in a much more efficient way.

One major issue for travel agents is the plethora of communications channels they often have with clients – e-mail, Whatsapp, Skype, phone, etc. They have to gather all of the scattered information and attempt to make decisions based on it.

And although many would think that travel agencies are dying out, that’s not at all the case. Luis Samra, who heads Evernote in Latin America, remarked:

What is interesting about AgentPanda’s solution is that it’s a global problem. It’s not just a problem in the United States. It’s something that can be resolved on a worldwide level.

The proliferation of sites like Expedia, Kayak and Despegar has made travel planning more and more difficult, in large part to the abundance of information now available. “For those who can afford it, travel agents have become increasingly relevant,” Artunduaga affirmed.

2. Feedback for a Better Product It has been essential for the AgentPanda team to speak with travel agents themselves while building the solution – a process they began before arriving in Silicon Valley with a small group of agents.

The tool is expected to be ready within a few days, but the team won’t be releasing it to the public right away. Instead, it will first go to that select group. “The idea of this work with a few agents is that we can learn as much as possible, adjust the tool and then decide what channels to use to make it public,” Artunduaga said.

This is where a major part of the Evernote acceleration program lies – helping startups to refine their products. Samra remarked:

Being here with us helps them to think deeper about the problems they’re solving, because they’re in an environment surrounded by people living the experience day in and day out, solving problems.

Entrepreneurs like Artunduaga within the program have the opportunity to bounce ideas off of PR experts, designers and engineers. “Having that accessibility in one place, in one day, and having immediate answers is very important,” Samra held.

Part of the Evernote accelerator consists in putting entrepreneurs in direct contact with Silicon Valley investors like Sequoia Capital, where AgentPanda has presented its product and received valuable feedback. Samra said that this is fundamental, especially in deciphering whether or not agents would pay for the product and getting an idea of the cost that will render it accessible for travel companies.

Entrepreneurs have to ask whether they themselves would be willing to pay for their products. They also have to consider how much.

Again, feedback has helped the AgentPanda team to establish how much to charge. Artunduaga elaborated, “With those agents we’ve been working with, we’ve asked how much they’d be willing to pay, and in some cases, it’s been more than we thought. What’s interesting is that everyone is willing to pay.”

Samra added that he is confident that these types of services help travel agents bring agility to their work and solve day-to-day problems. Thus, the product becomes a productivity tool instead of an operational cost.

4. Is this the Solution?

“A lot of the time, you identify the problem, but you miss the mark in the solution,” Artunduaga said. This, in turn, can prove a short-term threat to your project:

We’ve tried to understand the problems travel agents face as best as we can, but I think that that risk always exists, and we’ll only find out once we release the product. They have the last word. One of the main issues with the feedback received from the agents the startup is already working with is that although they’ve been closely involved with the development of the tool, they still haven’t held the application in their hands. “They still haven’t worked with it, and when they do, we’ll really be able to find out if we have provided a solution. It’s a small risk but it isn’t mortal, because if we don’t quite make it, we won’t give up. We’ll continue making adjustments,” he said.

5. A Solution Across Platforms

Beyond the input the AgentPanda team has received from experts in a wide range of areas, accelerating with Evernote has also helped the team to project its solution across various platforms. Artunduaga elaborated:

You start to work with your agent to create an itinerary, and once you’ve reserved your tickets, accommodations and activities, you export it to Evernote to have it throughout your trip – on your smartphone, iPad, computer – so that you don’t have to download and print a PDF file before leaving.

Here’s where the value of integrating with Evernote comes in, allowing AgentPanda to reach quickly across all the platforms in which Evernote has a presence.

For Latin American startups, forming part of an acceleration program like that of Evernote is an enormous opportunity. “I’m really envious of these kids, because these things didn’t exist before, especially for entrepreneurs in our countries,” Samra reflected. “It’s admirable to see all they have to do to survive and stay afloat, because they don’t have a lot of access to capital, and it’s really hard to find investors. It’s very admirable that they have so much energy considering all that is going against them.”

Acceleration, of course, isn’t the only way to get in with Evernote. The company is hosting a series of technical workshops in Latin America this month, first in Colombia and soon in Chile and Argentina, to introduce attendees to the benefits of integrating their products and applications with Evernote. “The idea with what we’re doing in Latin America is to discover all of the AgentPandas that exist in Chile and Argentina. We want businesses to use our API and compete in the global Devcup contest, and we want to bring them here,” Samra concluded.