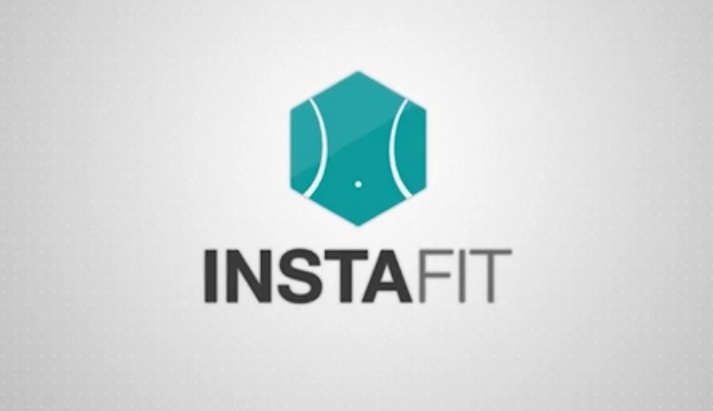 Instafit leverages technology, social media and the power of celebrity with a 10-week program to encourage consumers in Mexico and Latin America to get fit.

This year, Mexico overtook the United States as the fattest country in the world, with a 32.8% obesity rate according to the United Nations Food and Agricultural Organization. Since that time, the country has embarked on a major offensive to battle the bulge, most recently passing legislation to put an 8% tax on high-calorie foods. And it’s not just government entities that are looking to curb Mexico’s weight problem – the private sector is getting involved, too. One such case is that of entrepreneur Oswaldo Trava, who after selling off one successful startup has launched a new obesity-fighting endeavor: Instafit.

Instafit leverages technology and the internet to produce and sell exercise and nutritional programs that promote a healthy lifestyle. Founded in June, the startup has just made its first launch in Mexico, a 10-week program to help users lose weight and get in shape. It has enlisted the help of Mexican actress and television personality Claudia Lizaldi to promote its product throughout the country.

While such programs may seem a bit like old news in the United States, in Latin America, they’re relatively new. And given the conditions of the market, a proposal like that of Instafit has some strong prospects. Trava explained:

Latin America is a weird animal. We see several trends we think we can capitalize on, on the business side and on the market side. For example, we see internet penetration and e-commerce on the business model side. We see a huge obesity epidemic; Latin America has four of the world’s 10 most obese countries. In Mexico, it’s public health issue number one. And then we see social media penetration. In Mexico, nine of 10 people that use the internet are on Facebook. There’s huge social media engagement, and if you couple that with the tremendous celebrity affinity that goes on in most of Latin America, we see that as a good formula for our new product to enter the market.

Trava has “always been very entrepreneurial,” though Instafit is quite a departure from the types of things he’s done in the past. A Stanford MBA, Trava is best known for Lo mío es TUYO, a platform for buying and selling used electronics, which he sold to EZCORP in 2012.

“I could have gone the route of doing the same thing I was doing, building on my practical experience as a retail entrepreneur,” Trava remarked. “This business is a lot of fun; it’s very different from what I did before, because I managed 130 employees, 20 different locations, a hugely capital-intensive business. And right now, there’s four people sitting around a table, a couple of others in other countries, but I’m working on a product that I really like.”

With this latest venture, Trava is working with Georg Stockinger, formerly of Rocket Internet.

So how does Instafit work? Users sign up for the program on its platform (a web application that is also mobile-responsive), create a profile and pay a subscription. In turn, they gain access to a personalized 10-week exercise and nutritional program as well as the entire Instafit community.

On the fitness end, the program includes 35-minute exercise videos to be performed four times per week. Employing functional training and high-intensity intervals, the fitness regimen requires no weights or other tools and can be performed at home.

On the food side, Instafit provides a nutrition guide – not a diet. “We want to teach people how to think about food,” Trava said. The program includes six basic guidelines, essentially limiting or prohibiting six food groups (the usual suspects: dairy, gluten, alcohol, sugar, etc.). Its nutritional program has been certified by the Mexican Academy of Obesity Studies (AMEO).

Users receive follow-up on a bi-weekly basis and can also share their progress on social media. This is what the Instafit team hopes will draw consumers in – the chance to form part of a community and participate in forums to really engage with the product. Not to mention the fact that it is 100% localized.

But why go at it with a virtual product instead of going the more traditional offline route? Trava explained:

It’s basically economies of scale. Through the internet, you can scale really fast at very little cost. When you think of opening a chain of traditional gyms, for example, you can spend around six million dollars per location.

Moreover, Latin Americans haven’t really taken to the gym trend in the same way their counterparts have in the United States. Though the number of gyms in the region has doubled over the past 10 years, only 3% of the population goes to the gym (as opposed to 20% in the United States). “There’s not enough attractive supply for people to actually get fit in the traditional way or the ways that are currently being offered,” Trava said. He also pointed out that going to the gym in Latin America isn’t much cheaper than it is in the United States – even though average incomes are significantly lower.

As to what’s next for Instafit, the sky is really the limit. It will largely depend on how consumers take to the product.

After Mexico, the startup has a few other countries in view, such as Colombia, Peru and Venezuela. Larger markets, such as Brazil and U.S. Latinos, may be targeted later down the line. Instafit again plans to enlist the help of local celebrities to promote its products and also hopes to put out new programs throughout the year (Trava mentioned yoga, kickboxing, and post-pregnancy programs as possibilities).

The company is open to offline opportunities as well, from creating and marketing nutritional supplements to licensing its fitness programs to local gyms.