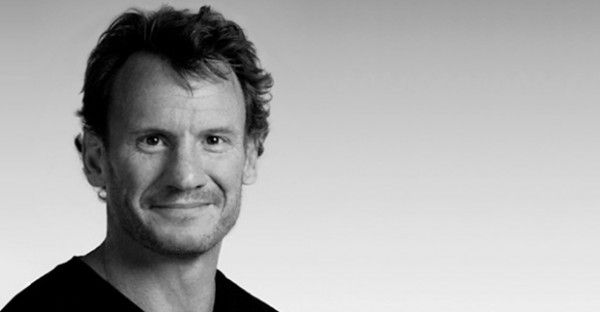 Founded in 1977, R/GA is the agency behind the immensely successful Nike+ y Nike+ Fuelband SE and is one of the most award-winning digital agencies in the world. It has over 1,000 employees around the world and offices in New York, Chicago, San Francisco, London, São Paulo, Buenos Aires, Stockholm and Singapore.

R/GA is currently expanding throughout Latin America, keeping an especially close eye on Chile, Peru and Colombia. To accompany the agency in its regional growth, Nick Law, Global Chief Creative Officer at R/GA, traveled to Buenos Aires. Law is responsible for the agency’s creative vision, guiding a team of designers and copywriters and ensuring the collaboration of creative entities and technology. He is also the creative mind behind R/GA’s Nike work.

R/GA does not lean on the traditional creative duo. Engineers and creatives work together, and technologists become creatives themselves, lending ideas, formats and technologies. According to the company, technology paradigms shift every nine years, meaning changes in all adjacent industries, including advertising.

Clarisa  Herrera: The industry is undergoing a hardware revival, and Nike has been leveraging gadgets for quite some time. What’s your opinion on the subject?

Nick Law: We’ve gone from a world in which we knew how things worked to now, where an object itself doesn’t tell us anything, we need intermediary interfaces. Hardware, in reality, is a vehicle for software, and the era of the internet of things is facilitating the transition. In this process, having a designer of experiences is fundamental.

CH: Is that what they call functional integration?

NL: Yes. For business models to work, you have to be able to sell a system of connection objects. That’s called functional integration – software is what connects all those devices. It’s preferable for a brand to launch fewer new products that are all connected in an ecosystem of many that are not. For example, Sony and HP launch many devices that aren’t connected, as opposed to Apple, which launches much less, but everything is integrated. That’s how businesses can grow, because otherwise, the marked will eventually become saturated. Let’s not add more products to the market, let’s integrate them.

CH: How did this impact your Nike strategy?

NL: With Nike+, the product itself (the shoe) didn’t change, but what has changed is experience. They went from third place in the running shoe market to first after launching the experience.

CH: You emphasize that technology and creativity must act together. How does that fusion take shape?

NL: Information is tracked to see what people are looking for and what to sell them. Nike collects information from its platform, and people provide that information because they know they’re going to get a service in exchange. They don’t respond the same way they do with spam. Today, creativity by itself isn’t possible without technological support, it’s impossible in today’s world. It’s hard for a company to have an idea and execute it, but you learn with practice, thinking and doing at the same time.

CH: How do you decipher what’s next, what’s going to interest consumers?

NL: When you collect information, that is, in reality, the past. It doesn’t tell us much about the future but about what people have liked in the past. To see what’s coming, it’s helpful to analyze trends, but those sometimes disappear or are distorted. There’s not much more to go on than intuition, that’s what guides us. They say that creativity is gone, but now like never before, imagination is taking off, because it’s impossible to know what people will want three months down the road.

CH: What may be coming in the immediate future?

NL: Changes in behavior happen just before everything falls. That’s what happened, for example, with the music industry. The good news is that that when something falls, something else surges as well. What’s traditional will disappear, but something else will arrive. The same industry will transform. You’ve got to be ready and attentive to transitions. What’s important is detecting behaviors in time.

CH: Given that you’re visiting Latin American offices, what are your thoughts on the region?

NL: No matter where we are, people use, for example, smartphones in the same way. The ability we have to refine is detecting local textures to mix local with global. That’s why we have associates in so many countries. Nothing can take away from what’s local.