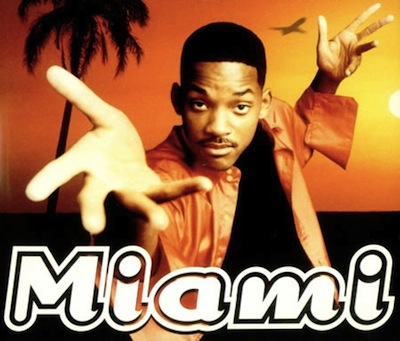 Next year, the Technology Foundation of the Americas will host eMerge Americas to consolidate Miami's position as a tech gateway to and from Latin America.

In May 2014, the Technology Foundation of the Americas will host eMerge Americas, a large-scale technology conference, in Miami. The event will focus on the key trends driving growth in the Latin American IT market and ways to push consolidation even further.

Hundreds of attendees are expected from Latin America, the U.S. and Europe, all with the same goal in mind: gaining a greater understanding of what is propelling the region’s tech sector, specifically in the areas of cloud computing, cyber security, mobile and big data.

The Technology Foundation of the Americas (TFA) has closed agreements with some of Latin America’s top accelerators to take part in the eMerge Demo Day Challenge. NXTP Labs (Argentina) 21212 (Brazil) Start-Up Chile (Chile), iNNpulsa and HubBOG (Colombia), Angel Ventures (México) 500 Startups and Wayra will send startups to compete. They will be joined by a select group of South Florida companies as well.

The eMerge Americas Innovate Summit will gather innovators, investors and industry luminaries together for a five-day event. Keynote presentations, panel discussions, a hackathon and technology workshops will be on the menu, as well as, of course, countless opportunities for networking.

One of the main objectives of the Technology Foundation of the Americas with this event is to position Miami as a technology hub for Latin America – a center connecting entities from North and South America alike. Strengthening South Florida’s ecosystem is also a priority, as explained by Xavier Gonzalez, Executive Director of the TFA, in an interview with PulsoSocial.

Clarisa Herrera: What has driven you to organize such a large-scale event?

Xavier González: The technology market is developing quickly throughout Latin America, and that doesn’t only have to do with startups and entrepreneurs but also with bigger technology businesses. All of the biggest technology companies in the world are paying close attention to Latin America for expansion; they’re seeing its rapid growth. 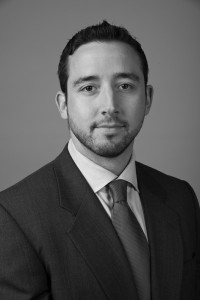 CH: Are the TFA’s objectives aligned with that?

XG: We are trying to grow South Florida’s entrepreneurial ecosystem, which is booming. One of the pillars is education, promoting technology education, from kindergarten through college, so that young people possess the knowledge necessary to build businesses and careers in the industry, something fundamental in the 21st century. Another side is the employment base, demonstrating that South Florida offers an employment structure in accordance with what technology companies need. And the other side is funding, attracting businesses that finance early-stage companies as an opportunity, that see that they don’t always have to go to New York or Silicon Valley to find it.

CH: Miami is positioned to become a technology hub for the Latin American market. What can the city offer to strengthen the ecosystem?

XG: Miami is an international center that provides Latin American companies with a diverse talent pool, infrastructure and access to global investors. We’re interested in growing the technology ecosystem here. The event has to do with that and with Miami, as a center of technology for Latin America, being a place for startups and entrepreneurs to arrive to set up their companies. But we are also attracting Latin American entrepreneurs who want to do business in the United States and facilitating the possibility to get contacts and take their businesses to another level.

CH: Miami has traditionally been a reference for regional businesses, but in other industries, right? How are you hoping to drive the technology area?

XG: Here, there are a lot of people who do business for Latin America in areas like finance and health services. What we want is to refocus that to technology. Miami is already a reference for doing business in those industries, and now we want that for the technology sector, especially focused on Latin America. That may be our biggest differentiator with respect to Silicon Valley, also a cultural question.

CH: Would you define Miami as Silicon Valley’s competition or the best alternative for Latin entrepreneurs?

XG: We don’t want to compete with them. We want to be a complement for companies that want to look into the region and for Latin startups that want to conquer markets in the U.S., Canada or Europe. We’re focused on being a complement to places like Silicon Valley. In Latin America, there are other places with a more specific focus for entrepreneurs. For example, Buenos Aires has a very strong, talented development community. We want to be another center, attracting talent and companies that are looking towards Latin America for growth.

CH: What specific criteria did you use for choosing the accelerators?

XG: As Latin America’s business ecosystem evolves, these incubators and accelerators have been at the forefront in supporting qualified entrepreneurs and encouraging companies that can compete globally. They’re recognized in each country, by the ecosystem, by their peers and by entrepreneurs. We’re focused on attracting the best, entrepreneurs and accelerators alike. In fact, we’re looking for more, but for the moment, those are the ones that have been confirmed.