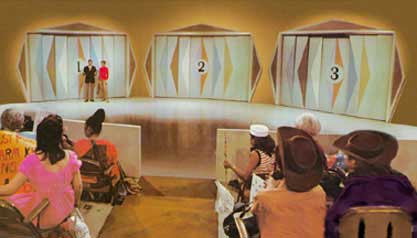 WebRadar has received its second investment round in under eight months, and Cliever 3D has landed some financing, too. Get the details.

It’s time once again to do a quick recap of what’s happening in investment news in Brazil.

WebRadar has received its second investment round in under eight months – in other words, it’s been a good year for the big data company. And Cliever 3D, Brazil’s first completely national 3D printer manufacturer, has landed some financing, too.

WebRadar Picks Up Round Two

WebRadar is on a roll. The big data company has landed its second investment of the year, this time around announcing a new round of equity financing led by Citrix.

This marks the first investment from Citrix in Brazil and Latin America. Intel Capital, which invested in WebRadar in March, also participated in the round.

Since its 2008 launch, WebRadar has expanded its reach to 10 countries, with 60% of its revenues now being generated by exports.  This year, it was awarded the FINEP Innovation Award, and just last month, it acquired Brasil Telematics, a provider of software solutions for fleet management.

The company will use this latest round of financing to accelerate its international expansion and increase R&D efforts. Adriano da Rocha Lima, CEO of WebRadar, commented in the investment announcement:

As a global business focused on the enterprise and communications sectors, Citrix is an ideal partner to help WebRadar take our innovative technology to North America, Europe, and Asia. We believe that Citrix will also be a great complement in our existing work with Intel and Intel Capital.

Cliever Gets Investment to Drive 3D Printing in Brazil

Cliever 3D, a Porto Alegre-based producer of 3D printers, has received financing from a set of investors of the State. The announcement was made by Raiar, the project’s incubator.

The group of investors, which is conformed of IBGEN, Indextech Management, Produttare and independent investors Marcello Beltrand and Taylor Guedes, has acquired 20% of the company through the deal. They will participate in Cliever’s management, strategy and sales and, in fact, have already started work. Rodrigo Krug, Director of Cliever, explained:

We created mechanisms to map inefficiencies, and the improvements were immediate. We altered the layout of the industrial plant and started serial production, which made a significant impact on daily productivity.

The startup – Brazil’s first 100% national 3D printer producer – hopes to sell 100 printers per month by the first semester of 2014 and also has its sights set on Europe and Asia. Right now, it sells 15 printers per month.