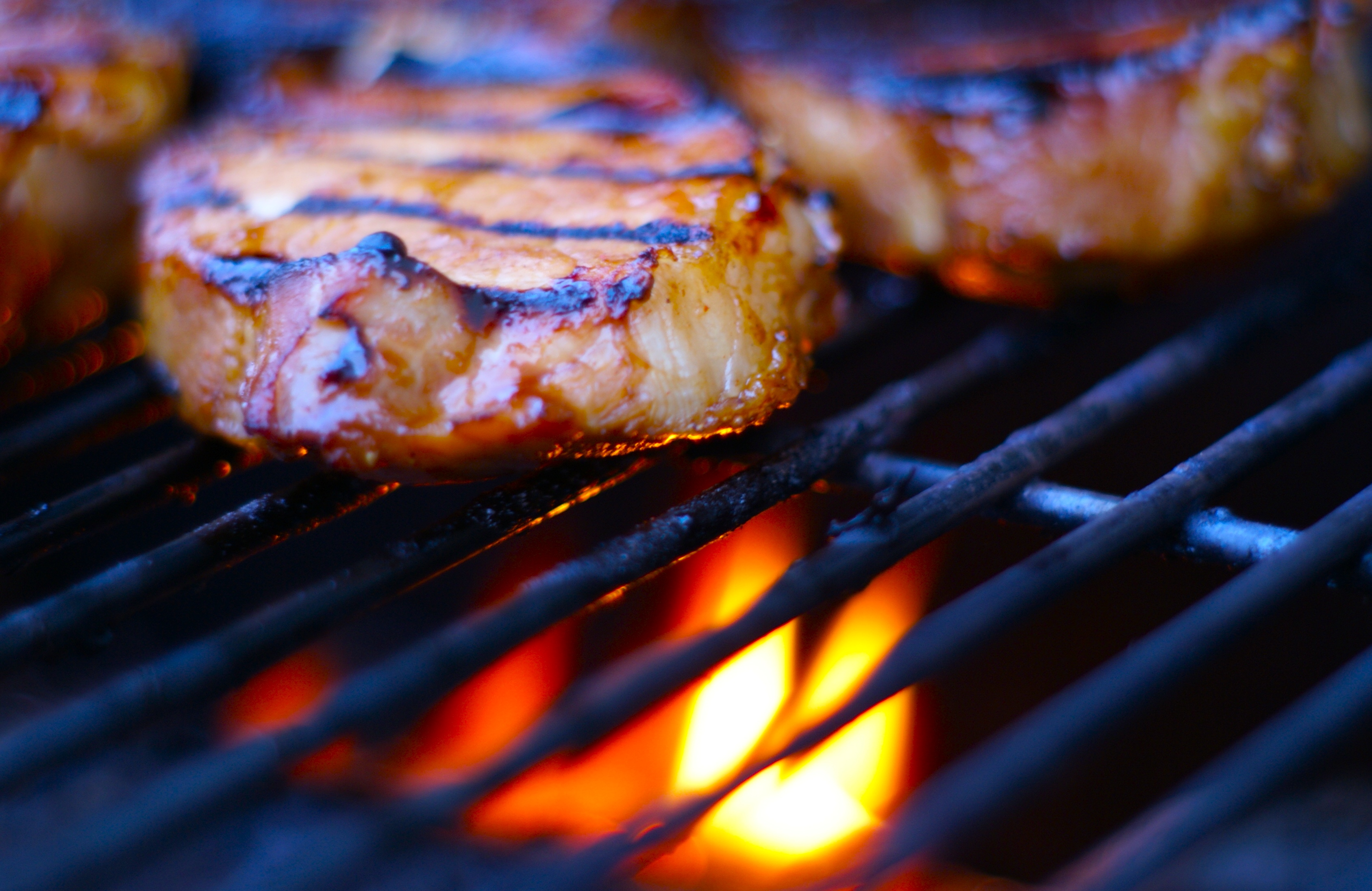 What is Rocket Internet's online food delivery bet up to? We asked.

Hellofood hasn’t exactly been tip-toeing around Latin America lately. In fact, it’s been stomping. Rocket Internet’s online food delivery bet has been making big waves in the region, swallowing up three Brazilian competitors in under a month and partnering with international pizza chain Papa John’s in Mexico and Peru.

So what exactly is Hellofood up to? We decided to do a little digging and reached out to the people leading the company’s regional efforts – Alejandro Ponce, who’s in charge of the majority of the region, and Emerson Calegaretti, who alongside Marcelo Ferreira is heading up efforts in Brazil.

Ponce and Calegaretti, in many ways, exemplify what renders Rocket Internet such an enigma. The two come from completely different backgrounds and arrived at Rocket in very distinct ways.

With an education in industrial engineering and professional experience in investment banking at J.P. Morgan, Ponce first arrived at Rocket by way of Linio, one of its major e-commerce bets. After spending under a year with Linio in Colombia, he made a shift to become Hellofood’s Latin America CEO. “If you perform in this kind of venture capital, Rocket Internet, area, you will have a lot of opportunities. You can do whatever you want at the end of the day. You can go back to Berlin, or go to Asia and start another new project,” he explained. “They offered me the chance to start, regional-wise, the food thing. I liked the project, and I just jumped into it.”

Like Ponce, Calegaretti jumped on the Rocket opportunity – and jumped ship. Calegaretti’s hiring foreshadowed Brazil’s competition acquisition strategy in Brazil, as he came from one of Hellofood’s direct competitors, Just-Eat:

My previous business was very well-established, in terms of being on the market for a long time. But Rocket has a very strong proposition, and they really want to capture the market. I was thrilled by that.

Ponce and Calegaretti are the more typical types of Rocket Internet entrepreneurs, most of which come from banking and consulting backgrounds and many of whom hold MBAs. A small portion – about 15-20% – are “pure entrepreneurs” who sold their businesses to Rocket or approached the incubator with an idea. “I wouldn’t say that consultants are better than bankers or bankers are better than entrepreneurs. At the end of the day, it’s that specific person, how he is. If he’s flexible and smart, he’s probably going to succeed.” Ponce said.

Hellofood’s sister company, Foodpanda, originally launched two years ago in Southeast Asia and has since expanded to over 28 countries across Asia, Eastern Europe, Africa and Latin America.

In LatAm, Hellofood has been present for about a year, launching in new markets sporadically. It has already landed in six regional locales, five of which Ponce is managing: Chile, Argentina, Colombia, Peru and Mexico. As to how things are progressing, Ponce replied, “So far, so good,” reflecting on his experience across Linio and Hellofood:

Once you’ve built one company like this, at the end of the day, it’s always the same. Get to a country, start recruiting, get talent, and get the ball rolling.

In Brazil, Hellofood has faced a different challenge, something Calegaretti described as an “uphill battle” to penetrate the market. “Different from other markets in Latin America, Brazil has very strong competition. We have a very competitive landscape. For instance, we have two players that have been here in the market for 10, 15 years,” he explained, adding:

It’s a very interesting challenge. We’re trying to make our move, of course, we acquired competitors and launched new technologies, making up for lost time. It’s not easy at all, but I believe that we’re going to be in a very strong position to challenge those incumbents.

One major point of focus for Hellofood to compete in all of Latin America is mobile. “At the end of the day, mobile will run e-commerce,” Ponce affirmed.

Around 15-20% of Hellofood’s business is coming from mobile right now, but that number is expected to rise. In fact, Ponce said he expects the platform to be a 75% mobile business in the future. Accomplishing that will require a lot of effort and innovation. Calegaretti explained:

We do have applications for our business for most platforms – iOS, Android – but that’s not in the prime time right now, not even for the competition. Most mobile apps replicate somehow the same behavior of a user using a laptop or desktop when they place and order, which is basically going step-by-step. When it comes to mobile, we need to rethink user flow. That’s what we’re doing right now. We’re trying to build a mobile able that takes advantage first of the resources that a mobile device has, like GPS, user location, etc. But also, we’re trying to understand that the usage is different on the go.

The Battles and the War

Mobile isn’t the only front Hellofood has to worry about. Latin America’s online food delivery market is incredibly competitive, and while the size of Rocket Internet’s pocketbook certainly gives Hellofood a boost, there is a lot more to success.

Both Ponce and Calegaretti pointed to technology and product as what they expect to make Hellofood stand out. “At the end of the day, what you are selling is a product,” Ponce said. “If you don’t have a good product, you won’t make it in this market.” An example of one of Hellofood’s product-related bets is its white-label solution for restaurants, which is currently in the works. 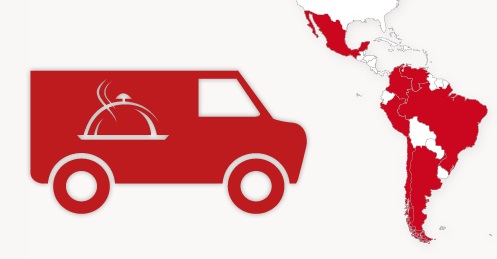 Equally important, in Ponce’s eyes, is the setup of operations. Many startups in the online food delivery sector are still working in a very rudimentary way, allowing users to place orders online and simply picking up the phone themselves to make the call. Hellofood can provide restaurants with printers and order entry systems and even integrate and connect with existing systems to automate the online order process. “That’s something value-added for restaurants, and they know it,” he remarked.  Ponce also highlighted the way Hellofood handles its marketing efforts, keeping its work internal and ensuring complete control.

Apart from other startups in the space, Calegaretti pointed out an obvious but often overlooked fact: Hellofood’s biggest competitor is the telephone. As such, both technology and customer service are essential. On the latter point, he clarified:

When you take this online, it’s a code transaction. If you don’t have a very strong support service where you monitor all orders, communicate directly with restaurants, with users if they have a problem, you’re going to lose trust.

Acquisitions have played a major part in Hellofood’s strategy in Brazil, the company having swallowed up three competitors – Jánamesa, MegaMenu and Peixe Urbano Delivery – in a period of just four weeks.

So what’s the deal? Calegaretti replied:

I think this was a good time for both sides. This is a business that requires a lot of investment. It’s not a 100-meter dash, it’s a marathon. Several players came to the market with a very simple idea that was easy to copy and replicate. When it comes to operating a business like this, you need to act fast and proactively.

And why go with the companies chosen? “Our approach was to build a stronger presence where we don’t have good coverage,” Calegaretti explained.  Jánamesa was a play for São Paulo, and MegaMenu for Rio de Janeiro. Peixe Urbano was a bit of a different story. “It was very strategic. They have a very strong brand here; they have a very well-built technology and operations. So, for us, it was more like building our business on the shoulders of a giant, and then, of course, bringing a lot of restaurants to our portfolio,” he said.

The Deal with Rocket

We also asked Ponce and Calegaretti about Rocket itself and some of the most prominent perceptions of the entity.

For example, Rocket Internet has quite a reputation for employing an extremely aggressive approach to business. “They’re ambitious, but they’re not crazy,” Ponce reflected, adding:

Here is much more focused on results. But they will provide you with all of the tools you need to win at the end of the day, and that’s what you want. They won’t leave you alone dealing with stuff you’ve never dealt with in the past. They are there with you, teaching you, coaching you on whatever you need. If you want, you will succeed.

Calegaretti addressed another impression many have of Rocket – that its strategy relies on enormous amounts of capital (literally one billion dollars of it), doled out and brought in without much obvious rhyme or reason. This is a misconception, he said, emphasizing, “We count every penny, even invested in small things like acquiring software or buying a certain computer. We think twice about it.”