Kiip rewards are now available in Spanish. Kiip has integrated with Interesante’s iOS app to reward Hispanic users for their engaged moments.

Kiip rewards are now available in Spanish. The mobile rewards network is today announcing a partnership with Interesante, a visual-driven social platform focused on Latinos that recommends content related to culture, location and taste. Kiip has integrated with Interesante’s iOS app to reward users for their engaged moments.

“It’s not so much that we decided to target the Hispanic market now, it’s more so that this was a great way to engage existing Hispanic Kiip users in a relevant way (content, great mobile experience and language),” explained Armando Osuna, Director of Product Partnerships at Kiip, via e-mail to PulsoSocial.

With a mission to transform mobile advertising into something more positive, Kiip employs a “reach-as-many-as-you-can” strategy to provide users an intimate experience with brands by way of real-life rewards. Brian Wong, Founder and CEO of Kiip, spoke about experiences building the company at last year’s PulsoConf, basing his comments around a single theme: luck.

Because Hispanics are one of the most engaged demographics on smartphone devices today, we now have the perfect opportunity to reach Spanish-speaking users with the right reward, at the right moment, and in the right language.

Osuna also discussed language, though he emphasized that the experience will remain much the same:

Language is of course a major difference, but we like to keep the experience with Kiip rewards the same across the globe – we understand that a consistent experience allows for us to gain trust from our users and we strive for that.

Though this latest deal is aimed at U.S. Hispanics, Latin America is in view as well (it has offices in Bogotá). “U.S. Hispanics and Latin America are both equally important to Kiip’s mantra of rewarding the world – both represent unique opportunities in terms of growth,” Osuna clarified, adding, “We actually have been active in Latin America since the end of 2011 having run campaigns with brands like Bimbo, Fanta, Hyundai, MTV, SabMiller and Samsung, to name a few.” 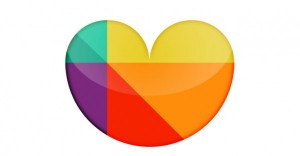 Interesante sound familiar? It should. We first met the company back in 2012. And now, it has become one of seven companies selected by Manos Accelerator to take part in its inaugural program. Launched in July, Manos is a San Jose-based initiative geared towards early-stage projects led by Latino and Hispanic entrepreneurs.

Osuna is an advisor at Manos Accelerator – likely an indicator of how the Interesante deal came about. He reflected on his involvement with the program:

Firstly, I am so proud to be a part of the Manos Accelerator program! The way it all happened was that Edward Avila (Manos CEO) invited me to come down to their headquarters to speak and share my Kiip experience with all the startups in late September. That day I also got to spend 30-45 minutes with each company and share my thoughts on their business models, marketing initiatives and go-to-market strategies. It’s really easy to help such passionate people, and Manos definitely allowed for that to happen with my role as an advisor.

The Spanish-speaking market is an attractive one and is apparently on the radar of some major players in the U.S. startup scene. Khan Academy and BuzzFeed recently unveiled Spanish versions of their products, and others will surely follow suit.