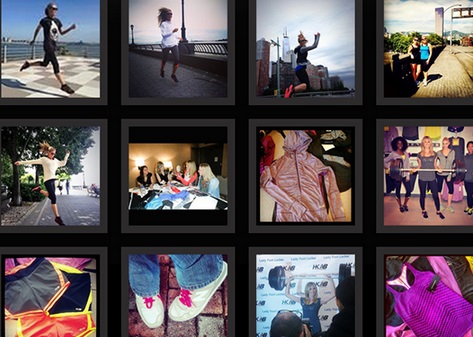 A picture is worth a thousand words. And for Olapic, six million dollars on top of that. Find out how the NYC startup got started and where it's going next.

A picture is worth a thousand words. And for Olapic, six million dollars on top of that. The startup has managed to raise that amount in investments over the past three years and is now working with many of the world’s top brands.

Olapic was founded by José de Cabo, Pau Sabria and Luis Sanz, a group of Spaniards who met in 2009 at the Columbia University Business School. The New York Daily News had opened up a call for innovative entrepreneurs, sparking an idea from the team: “We can attract more readers with authentic pictures.” Not only did they win the contest, but the publication experienced a 40% increase in page views and doubled social media share rates for articles with pictures.

The authentic photos niche, in which real, living, breathing people are the protagonists, was exactly what the market needed in the midst of social fever. Today, Olapic focuses on e-commerce crowdsourcing and visual commerce. The startup employs 40 professionals in New York and Argentina, the latter being where much of its development work is housed. Yes, Latin America is an essential element of its success – thanks in large part to the high level of the region’s talent.

Luis Sanz: At some point in 2010, we hired a freelance Argentine designer for a few months. After him, we started a search for developers and ended up with someone in Córdoba (Argentina). He worked with us remotely for three months, came to New York for a while, and went back to Córdoba to again work remotely. Once we started looking for more people, we ended up hiring friends of his, because in New York, it’s complicated to find good developers. We wound up hiring three developers from Córdoba and in turn made the decision that we had to do things right. We opened an office in Córdoba, where we now have 15 people working.

It’s a problem the city has. There are too many technology companies and too few good developers. Google, Facebook, plus all of the banks and Wall Street, have their offices here and recruit candidates. So, it is hard for us to compete for a good candidate. There are candidates, but the ones who are available aren’t good, and there is more and very good talent outside of the city.

CH: In what aspect do you feel that you’ve gotten ahead of the rest?

LS: We saw that there was a change in the way people were communicating. Before, everything was based on text, and with the arrival of smartphones, people started to communicate more and more via pictures. Seventy percent of what happens on Facebook takes place around pictures. Instagram and Pinterest are just pictures. The concept was that we could help companies display their pictures in a more relevant way for users.

CH: How does a media outlet benefit from this?

LS: The New York Daily News, the L.A. Times and People Magazine were among our first clients. The idea was to add authentic pictures, in situ, around events and similar things. For example, there’s a protest, and instead of having to send a reporter there with a camera, you know that there are thousands of people taking pictures with their phones. Many of those photos don’t have the same quality, but those people are in the right place at the right time and may have a better image.

LS: They’re complementary visions. The photos we were providing were of a lesser quality, but they were much more in terms of quantity. You always find the one that’s in the right place or has the perfect angle. When it took the photo journalist an extra hour to arrive because a piece of news came up, the images are a complement to the formal parameters that the media needs.

CH: How did the opportunity arrive to add value to companies?

LS: After the media companies, we moved on to sports teams – football, basketball, etc. – with the same concept: giving them fan photos or pictures relevant for them. With that model, in February 2012, we got our first round of VC funding for one million dollars. A few companies in the e-commerce sector approached us and asked about using our technology to compile images of their clients using their products, especially clothing brands like Outfitter, American Eagle and New Balance. We did a few tests with a couple of them to see how it worked, and the truth is that the results were so good that three months later, we hadn’t abandoned media companies, but our focus was on something else: e-commerce.

CH: What’s the magic that happens with the pictures?

LS: We realized that when you include pictures of real people next to a product, consumers buy more, conversion rates increase. It gives authenticity to the brand, and suddenly, you’re not seeing a poster with a model, it’s real people like you in their daily lives. It’s social backing that’s hard to get any other way.

In August 2012, we started working on e-commerce with big companies, and our business grew to 30 people. In July 2013, we closed our second round of funding for US$5 million. Today, we’ve got a 40-person team, 25 in New York City and 15 in Córdoba.

CH: Along the way, you must have run into some stiff competition from bigger companies. How did you get around them?

LS: The advantage we have is that we’re smaller and can develop things faster. It’s a new market. Everyone’s seeing what works and what doesn’t, every week and every time you try. If there’s a new source of images that gets popular, we’re the first ones to react.

The day Instagram made its video announcement, we had a video-related product ready six hours later. The competition saw the same thing and took months to react, because they’re big companies where everything has to get slow approval. It’s the agility of being small. Our biggest competition comes from a few companies in the U.S. like Bazaar Boys, a big company on the stock market that is, little by little, getting into our business.

CH: Everything happens so fast on the internet and in business. What’s to come with photos?

LS: The product is young. What has to do with e-commerce has a lot of ground to cover, new functionalities. Today, there are pictures on e-commerce sites, but they could also be in newsletters – instead of models, images of real people. Or you could scan a product in a store and see how a piece of clothing looks on real people of your same size. It’s information for buyers. We all want to stay informed in this connected society.