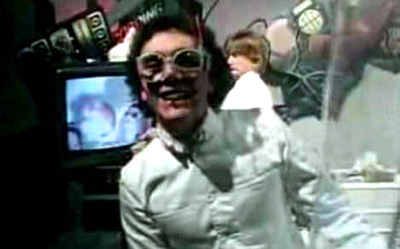 A look at how internet, mobile devices and the second screen are overtaking television.

Eavesdrop on the average Western household in 2013 and, as in recent years past, you may see parents and children in the living room watching the news, sports or their favorite television drama.

One difference you’ll probably notice this year compared to five or ten years ago is that each family member is watching their own individual screen. Dad has his laptop in the recliner watching the ball game. Mom is curled up on the couch watching videos on her tablet. Sixteen-year-old Gabe is watching YouTube videos on his cell phone. Six-year-old Kate is watching a cartoon on an iPad.

According to May 2013 survey data from eMarketer, U.S. adults on average spend over five hours per day online, compared to about four and a half hours watching television. While Americans are watching slightly less TV than last year, average online media viewing is up 15%.

A huge driver of this trend is the rise of the binge-viewing trend. Many viewers now watch two or more episodes of a program in a row. In response to this trend, Netflix has produced original television series such as House of Cards and Orange is the New Black, and it has even purchased the rights to the cult series Arrested Development, making the entire seasons of the programs available for immediate viewing. Even regular watchers of traditional TV are now more and more likely to watch several episodes of a program at once via on-demand services than they are to watch it one episode at a time on a weekly basis.

Another factor in the shift from TV viewing to online media consumption is the cost of paid TV and growing dissatisfaction with cable television providers. According to the latest results from the American Consumer Satisfaction Index, four of the ten lowest rated companies are cable TV providers. Combining with the eroding perceived value of cable TV is the continuing expansion of broadband internet access in homes. A nation-wide survey by the Pew Research Center’s Internet & American Life Project found that 70% of American adults have a high-speed Internet connection at home in 2013.

The rise of ubiquitous broadband internet usage is spurring a consumer trend of cutting paid TV services in favor of on-demand services such as Netflix, Hulu, Amazon Prime, Google Play and iTunes. This is particularly evident in areas where high-speed fiber optic internet service, such as Google Fiber and Verizon FiOS, is available.

The ready and easy availability of this programming on mobile devices, along with internet content from the likes of YouTube and social networks, has led to the a steady increase in the average time spent viewing media from mobile devices, particularly among younger viewers.

Across America, the terms Must-See TV and appointment viewing are falling by the wayside in favor of Netflix marathons of Breaking Bad and other hits, and more people spend more time watching YouTube than the boob tube. How this will evolve in the next few years, and how cable and broadcast television networks will react to these trends, will also be interesting to watch.