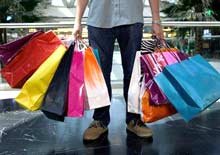 During the month of August, 61% of Brazilian internet users accessed e-commerce sites, spending an average of nearly an hour browsing. These are among the first pieces of data to emerge from the new e-commerce division of the Brazilian Institute of Public Opinion and Statistics, IBOPE.

Devices like smartphones and tablets already represent 65% and 34%, respectively, of the apparatuses also used to search for information on e-commerce products and services in the country.

The organization’s research revealed that it is men and not women who have been buying the most online this year – albeit just barely. Men were responsible for 51% of transactions during the first semester of 2013. And while Brazil’s C Class – the rising middle class – is increasing its online retail prowess, the higher classes are still the top buyers. The country’s AB Class made 64% of purchases on the web.

What are Brazilians buying? From January to June, these were the most popular categories:

Brazilians spent the most on electronics – an average R$1,263 (approximately US$580) per purchase.

EtiquetasBrazil E-Commerce IBOPE IBOPE e-commerce reports
When It Comes to Web Analytics, Most Companies Are Still Figuring it Out
Why VivaReal Peaced Out of Colombia and Went All In on Brazil