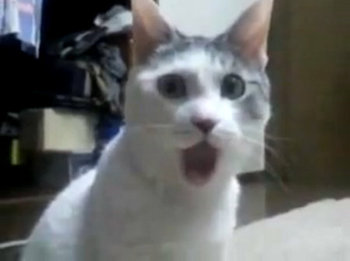 A list of the top stories in Latin American tech from the second week of October. UsefulTools, Uber, ClickBus, Hotel Urbano and 99designs are in the mix.

Last week just fly by? You’re in luck. We’ve compiled a list of the top stories in Latin American tech and entrepreneurship from the second week of October. UsefulTools, Uber, ClickBus, Hotel Urbano and 99designs are in the mix.

The latest venture spearheaded by Miami-based serial entrepreneur Adam Boalt, UsefulTools is best described as the Kayak of call centers. Its turnkey platform provides small businesses, marketers and software developers with access to call center agents with unoccupied time – thus creating a win-win situation for all. This time around, Boalt is applying many lessons learned with his last startup. He reflected:

There are many different lessons in different areas, including information technology and entity resource planning. The biggest lesson has been to really understand how to automate processes, something that was also an invaluable lesson from my prior startup, which was a very process-driven business.

Uber’s Rodrigo Arevalo: “It’s not just moving around, but having a great experience doing it”

Uber made a quiet landing in Mexico City mid-year, and up to now, they haven’t really had much to say about it. We reached out to the figure heading up Uber’s operations in Mexico City, Rodrigo Arevalo, to find out exactly what the private car service is up to south of the border.

He spoke with us about the biggest challenges of the Mexican market (payments), why Uber has been so covert in its rollout (expectations management), and how Uber’s clients are the ones that make it grow. “The very riders are the ones spreading the Uber word here in Mexico City,” he affirmed.

ClickBus Kicks Off 14-Country Expansion, Starting with Mexico and Germany

Rocket Internet-based ClickBus announced its first picks for expansion: Mexico and Germany. With over two million dollars of Rocket’s money to spend, the startup hopes to reach 14 countries within its first year of operations.

Why start here? Company Co-founder and Co-CEO Marcos Sterenkrantz pointed to similarities between Brazil and Mexico, explaining, “A lack of infrastructure combined with a huge population creates a scenario in which people have to use buses in order to get to most destinations.” As to the decision to go to Germany, let’s just say a recent change in legislation has overhauled the country’s bus industry (in a competition-fostering way).

How Hotel Urbano Got So Far So Fast 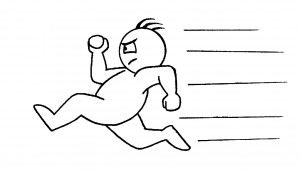 Hotel Urbano tripled its revenues from 2011 to 2012 to reach nearly US$125 million. And this year, the company anticipates bringing in over US$200 million. How has it gotten so far so fast? We decided to ask.

Hotel Urbano co-founder João Ricardo Mendes named a number of ingredients in his company’s recipe for success, including marketing strategy, social media and the omni-channel approach. Despite the startup’s fast take-off, the team isn’t getting ahead of itself. “Our biggest competitors in the years to come probably don’t even exist yet,” Mendes remarked.

Two Sides of the Acquisition Story: LogoChef and 99designs Weigh In

In the startup world, sometimes, things go according to plan. Such is the case of Dan Strougo. His startup, LogoChef, was acquired by global online design platform 99designs in August.

We spoke with both Strougo and 99designs CEO Patrick Llewellyn about the acquisition deal, the Brazilian market, product localization and connecting with the design community as a whole. As to how 99designs plans to win over clients and designers in Brazil, Llewellyn said that the tech community will be the key:

This community is great, one, because they’re early adopters, and they’re prepared to try something new. But two, when they have a great experience, they love to share and communicate with their friends about it.