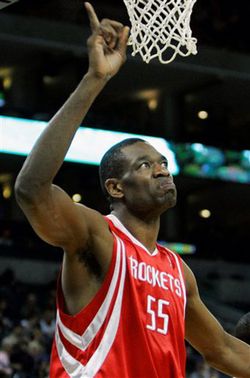 Most of the industries where bad profits are common practice are also those where companies maintain their prevalence through capital.

While at MIT, I had the amazing opportunity to learn from the best and brightest, making reference to both students and professors alike. MIT is known for its cutting-edge research and innovative technologists all over the world. It is surprising, however, that one of the most eye-opening lines I heard was pronounced by a professor of Competitive Strategy.

Let me provide some context. Most, if not all, competitive strategy classes a student can take with an MBA program in the United Stated cover the Michael Porter five forces analysis. Porter is an acclaimed Harvard Business School academic and a true authority that helped shape the modern corporate strategy theory.

Therefore, by establishing where a given company lies within the five forces model, it is possible to assess the relative competitive position of that given business in the landscape.

In this context, our professor said, “You should never think of the capital required as a barrier to entry.” Shocking. I had almost always used capital intensity as a definitive bar to measure whether a business space was attractive. I used to think that if an idea required a lot of capital to be executed, then disruption would be unlikely. Apparently I was really wrong.

One of the most common paths when analyzing the threat of new entrants is to weigh the importance to capital. This is reasonable, as we tend to think that that capital is a very scarce resource and therefore should play a key role in assessing the attractiveness of a business (or an industry, for that matter) for disruption.

Today I would like to help challenge the notion that capital is king, as my professor has done with me. For this process, I want to outline what I think is a very useful tip to those entrepreneurs looking for the next big idea.

Let’s start by defining what good and bad profits are.  According to Joel Peterson, Stanford Business School professor and Chairman of Jet Blue Airways, a bad profit is any profit that a company generates by upsetting the customer in the process. An example would be those annoying extra luggage fees that most airlines charge nowadays, in addition to rental car companies and hotel chains with late fees and internet access charges that only help to lengthen the list. On the contrary, a good profit is any profit that a company makes by delighting the customer in the process (Amazon anyone?).

Observing carefully, most of the industries where bad profits are common practice are also those where companies maintain their prevalence through capital.

“Starting a rental car company is really hard and capital intensive,” you’re likely to have heard. However, ZipCar and SilverCar are thriving through good profits. “Lodging is a really capital-intensive business,” many say. But Airbnb proved that the space was bound for real disruption. The startup has now more rooms than any major hotel chain in the world – what’s more, it took them just six years to build such a globally widespread inventory.

Fellow entrepreneurs, if you are looking for the next big idea, worry not about how much capital the big players have and instead focus on industries that charge bad profits. Think of how you can provide a much better experience and delight consumers, enabling them to pay for your company’s good profits. Capital, in turn, will follow.