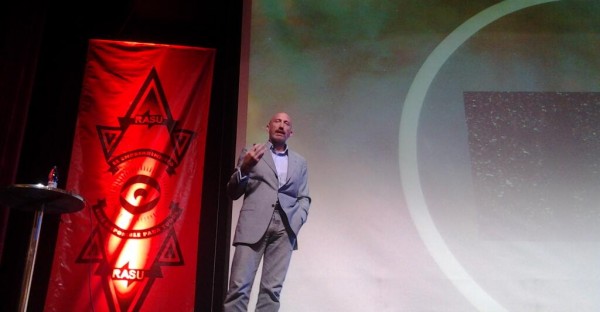 “In Latin America, the exits we’d hoped for haven’t happened,” remarked Juan Pablo Cappello at #RASUFest this week in Santiago.

“The best moment to create a company and become an entrepreneur is now,” Juan Pablo Cappello told the #RASUFest audience this week in Santiago. An investor in over 20 companies and a co-founder of crowdfunding platform Idea.me, Cappello spoke with PulsoSocial after his presentation about what needs to change in Latin America’s entrepreneurial ecosystem.

Juan Pablo Cappello has become a staple of the region’s entrepreneurial scene. A former partner in and director of Patagon, he is now a principal shareholder at Greenberg Traurig – one of the top law firms in the United States. He is also an experienced angel investor.

At RASU (Reset and Start Up) Fest, Cappello was clear about the region’s panorama: “In Latin America, the exits we’d hoped for haven’t happened.” His take on why:

We all started to focus on money, not on building sustainable companies. We haven’t created, in general, companies that are worth it.

Ouch. Now, the challenge is clear: it’s time to change the model. “If we don’t start to do something differently, the results will be the same,” Cappello said. He made an analogy with Bollywood, explaining that what Latin America needs is to be inspired and to take what’s best in the Silicon Valley model while creating conditions adapted to the regional reality.

One piece of data to consider: the Silicon Valley model implies a 75% failure rate among companies that raise a Series A round.

Starting Up with a Social Impact

“The goal in starting a company shouldn’t be raising capital,” Cappello assured, adding that many investors are often most interested in projects with a social impact.

Having invested in several companies, Cappello realized that 70-80% of them would fail. “I realized that projects with a social impact, even if they don’t end up being a success, in the long term will have an impact. I told myself that they weren’t going to be failing, because that return would be there.”

Why? He explained, “In part, because the team behind the project is very committed. They don’t want to let the project die. It’s not just that they’ll be letting investors down if the company doesn’t do well, they’ll also be letting die a proponent of society. In the end, you realize money only motivates people to a certain point.”

We also asked Cappello if there is a specific company in Chile that he’s interested in. And while he didn’t give us any names, he talked to us about what should be on the horizon:

To me, it’s obvious that the big company in Chile will be the one that is interested in solving the problems faced by those in lower and middle-income brackets who are just accessing technology and the internet. The problem, as with the rest of the region, is that there are too many projects aimed at that top 5% that has been online for a long time, and I don’t see the added value.

Of the 20 Chilean projects he saw, only two were aimed at the market he’s interested in. “The consumer of the lower-middle class has to take public transportation, taking two hours to get to work. Those are the solutions needed, and there’s where we’re going to discover the next great company,” he concluded.