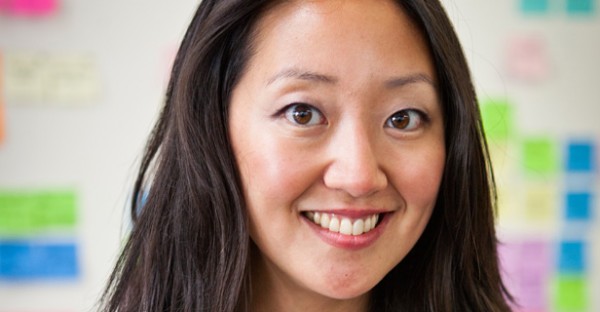 Rebeca Hwang spoke at last week's INTEL Entrepreneurship Roundtable in Buenos Aires, after which she spoke with PulsoSocial about the accelerator fad.

The Buenos Aires Institute of Technology (ITBA) was the setting of last week’s INTEL Entrepreneurship Roundtable , an international gathering of university figures to promote the culture of technology entrepreneurship.

YouNoodle CEO Rebeca Hwang  was among the event’s participants. An expert in connecting companies, governments and universities with entrepreneurial communities in collaborative environments, Hwang gave a presentation on the fads that can prove damaging to entrepreneurs’ education and performance. Following her chat, she spoke with PulsoSocial.

Clarisa Herrera: You’ve emphasized that there’s a fad surrounding the acceleration boom. Why?

Rebecca Hwang: Accelerators and incubators are emerging in many ecosystems in large numbers. In the United States, there are two or three thousand that were created over the last few years. I think that in Latin America there is a similar phenomenon in various countries, though in smaller numbers. They’re a fad because, while they are creating a clear idea of the practices that work well, they’re missing a moment of reflection to analyze empirically which models are working right to create successful businesses.

CH: What successful momentum-driving model do you think is successful?

RH: Of all of the accelerators in the world, there is one that we can call a mega success, and that is Y Combinator, because it gave life to Airbnb and Dropbox. The rest of the accelerators still need to prove that capacity to mold entrepreneurs with the drive and ability to grow that they’re hoping for. In that sense, it would be very positive to increase collaboration in order to quantitatively measure the results of different models and, from that, build a consensus on the most effective practices.

CH: Your comments come at a time when a high number of accelerators have popped up in the region. Do you think they’re not meeting their proposed objectives?

RH: I welcome programs that support entrepreneurs, but I urge more dialogue and collaboration, because even in small ecosystems we have accelerators that don’t have this collaborative scheme. We need a system of collaboration that brings all of them together so that entrepreneurs can really learn. This has already happened in other industries, and it’s time for it to happen in Latin America. I’m not saying at all that they’re not helpful or useful – I’m urging dialogue.

CH: What other fads are dangerous for entrepreneurs?

RH: The canvas model, I think, is being used in a way that is too magical. It’s taught, and then everyone thinks that’s enough to create companies that have potential. To me, it is a very small moment in the creation of a business. There are other abilities one has to have, like how to manage social capital. In the United States, you have to know who knows, not know yourself. Those communities of exchange have protocols and rules of the game that you have to know. In Latin America, they may be different. But if we’re going to Silicon Valley, we’ve got to understand those protocols to be able to handle ourselves right. But you have to know how to manage social capital and tell a story in an attractive way, not just a product. I think that collaboration is fundamental.

CH: What is missing in formal education to mold these new leaders?

RH: In the formal part, if I were the Minister of Education, I would focus on education on the basics of programming (coding), not so much on theory but instead on practice, interfaces, apps. It is also necessary to learn English, because the VCs speak English, for things to be able to flow better in the relationship. In terms of soft skills in management, one very interesting area is leadership development in the context of startups. Entrepreneurs have a difficult context for managing their people – the uncertainty of the context. It’s necessary to learn to stimulate and manage people. That’s not always money, sometimes it’s something else. The ability to understand the psychology of that individual must be learned.

CH: Many entrepreneurs think that the real take-off comes when they arrive in Silicon Valley. Is your vision the same?

RH: It’s like Hollywood. One thinks that because that’s where the highest concentration of the industry is, it’s the mecca, but there are many companies that are more successful in their local ecosystems because they know the place. The product may be optimized for that local market, or there is less competition. Tons of people to go the Valley with delegations, pitches, energy and desire, trying to make it with the same resources. Maybe in their zones of influence, they have a greater margin to move around and find those resources.