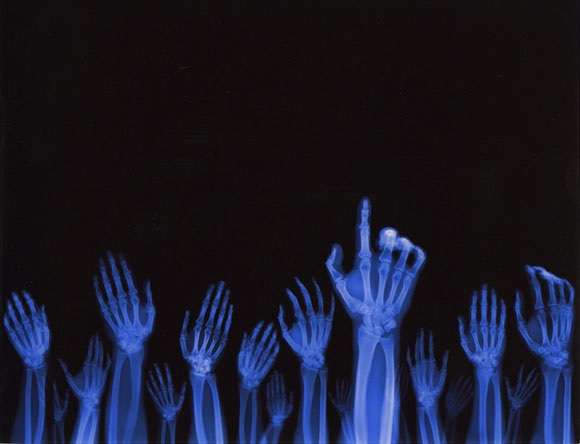 Meet three companies that have passed through the halls of Start-Up Chile and are working on health technology projects that could change millions of lives.

The question isn’t whether technology will transform the health industry; it’s when, how and, of course, where. Here’s a proposal for the latter: Chile.

Meet three companies that have passed through the halls of Start-Up Chile and are working on health technology projects that have the potential to change millions of lives.

A glove that literally puts vital signs readings at the fingertips of healthcare professionals. Such is the proposal of the Glove Tricorder, a device developed by AugMI Labs. Formerly known as MedSensation, AugMI is a medical device company that uses advanced tactile technology and data analytics to quantify, digitize and analyze important physical exam parameters in the setting of telemedicine.

AugMI Labs was founded by Marc Succi, Andrew Bishara, and Fransiska Hadiwidjana. Born out of a Singularity University project, the company created quite a bit of buzz from the very start, garnering international attention with the glove prototype developed during the 10-week Singularity program. In May, AugMI Labs was awarded the Thomson Reuters Data Prize as part of the MIT US$100K Entrepreneurship Competition. 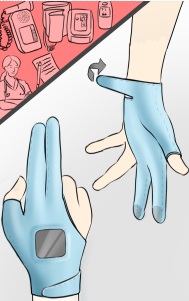 The Glove Tricorder has already had a few implementations, specifically in breast cancer detection and self-examination. AugMI’s aspirations for the device, however, go far beyond one specific disease. Not only will the glove be used in the office by physicians to detect parameters like blood pressure, pulse and oxygen saturation, but it will also be used by patients at home, sending information directly to doctors.

Where is Start-Up Chile in all of this? AugMI Labs formed part of the accelerator’s sixth class, having heard about the program while at Singularity University. Not only was the opportunity to accelerate and get funding attractive for the AugMI team, but for Hadiwidjana, it was also a chance to work on the project while immigrations issues were being worked out in the U.S. (she is originally from Indonesia).

Working on hardware out of Start-Up Chile has been a unique experience for AugMI Labs, especially in the field of medicine. Hadiwidjana reflected on the difference this made for the startup:

We’ve found it a bit difficult to find the resources we need. I have to buy my own tools, handle R&D, get everything we need to build the product. Because we are quite different, there are a lot of things that we have to do and look up ourselves.

“But, overall, it’s been very helpful in finding what we need,” she clarified.

Beyond Start-Up Chile’s walls, Hadiwidjana observed that Chile itself is quite advanced in healthcare and medical technologies. As to whether AugMI Labs will be taking the glove there remains to be defined, depending largely on what happens in the United States. “If FDA approval for our product gets complicated, maybe Chile will be our other option to try,” she added.

“Pace4Life is a non-for-profit that takes donated pacers to reuse in the developing world, similar to organ donations. So, when somebody passes away, we claim the pacemakers by donation forms from patients or families, we test them for battery life, and if they’ve got 70% battery life or more, we look to test their integrity, sterilize them, and then implant them in the developing world,” explained Balasundaram Lavan, Founder and Director of Pace4Life.

“Pacemakers are just lying in waste in funeral parlors throughout the world, and they fall into a bit of a grey area in terms of ownership,” he continued. “They’re typically owned by the patient of the implantation, and, obviously, though people provide wills and leave their goldfish, pets, dogs, cats, and laptops, they don’t think, ‘What should I do with my pacemaker?’” What’s more, these devices cost upwards of US$10,000 dollars each.

The idea of donating pacemakers isn’t a new one, but the attempt to do so in a regulated, large-scale fashion is. Pace4Life is one organization attempting to do so, along the lines of what the University of Michigan is doing with its My Heart – Your Heart initiative.

Pace4Life is the first NGO accepted by Start-Up Chile, having formed part of the accelerator’s fifth generation. Lavan commended the program as a way to make contacts and reflected on the experience as an opportunity to work and learn in an open, dynamic environment.

Nowadays, Lavan is continuing to develop the project out of the United Kingdom and plans to deliver the first devices to Ghana. He considered Latin American destinations, like Brazil, Bolivia and Venezuela, and contemplated continuing work in Chile. However, he felt that he had a better potential to push things along in the U.K. “I am a sole founder, so I have to be careful about how I divide my time up,” he said, concluding:

The medical world, wherever you are in the world, is a conservative industry. It’s important to meet people often, and that takes time. Everyone will recommend people, and in the U.K., I’ve found it easier to do business with them and get things moving along quicker.

Medko Connects Doctors, Patients and the Medical Community in LatAm

Founded in November 2012, Medko connects doctors and patients, helping travelers, expats and locals find healthcare options nearby a fast, simple way. Though its network of physicians extends through 58 countries around the globe, the startup’s focus is on Chile, Mexico and Argentina. Why? Company co-founder Nick Kwan outlined three main reasons:

First of all, we’re a health tech startup, and Chile has two of the top three hospitals in Latin America. As a health startup, being next to the quality of care that is unmatched in the rest of the region is awesome for us. Then, you’ve got the tech side. In Chile, there are over 1.14 cell phones per person, and over 40% of those are smartphones – and those are numbers from 2011. It’s growing fast. Finally, we are really pushing for international patients, bringing in travelers, those doing study abroad and people traveling for medical tourism to find doctors on our site.

Medko, a U.S.-born startup, formed part of Start-Up Chile’s sixth generation and, unlike AugMI Labs and Pace4Life, has targeted the Latin American healthcare market – which, while rather developed, isn’t always the friendliest when it comes to innovation. “It takes a while for doctors to get used to innovation and people disrupting their industry,” Kwan remarked.

The scenery, however, is beginning to transform, thanks in large part to projects like Medko. Kwan has also founded the Santiago chapter of Health 2.0, through which he organizes local meetings and events to foster the health tech ecosystem and community. “I think now is the era where doctors are becoming cognizant of the fact that this innovation is happening. When you want entrepreneurship, you want it to come from the source, which is the doctors,” he added.