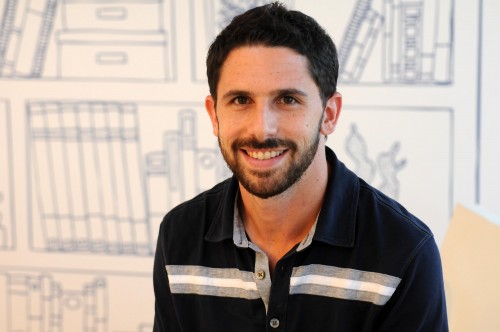 Daniel Rabinovich, CTO of MercadoLibre, spoke with PulsoSocial about the company’s present, reflecting on mobile and the ecosystem surrounding the platform.

This year, MercadoLibre also made its investment debut, alongside Wayra injecting US$300,000 into three startups with business models synchronized with its API. And this is just the tip of the iceberg: MercadoLibre has created a fund with US$10 million to spend.

Daniel Rabinovich, CTO of MercadoLibre, spoke with PulsoSocial to discuss and analyze the company’s present, reflecting on the mobile phenomenon and MercadoLibre’s objective of creating an ecosystem surrounding its platform.

Clarisa Herrera: Big companies like Facebook are redefining themselves as mobile, and for many entities, mobile transactions are starting to gain ground. What’s happening at MercadoLibre?

Daniel Rabinovich: We’re seeing a pretty spectacular migration to mobile transactions. We started watching mobile trends about five years ago, and honestly, nothing significant happened for the first four years, it didn’t surpass 1-2%. But it exploded around 18 months ago. We went from having virtually no mobile traction to experiencing nearly 10% of transactions taking place through mobile devices regionally. Considering that we move millions of dollars, that percentage means a lot.

CH: Do you analyze your traffic? Through what channels do those operations arrive?

DR: In our case, mobile is a business that is growing by 30%. We, as a company, have been growing between 20% and 40% annually for the last five years. In other words, getting more share of a business that is growing so much is great news, and it also means that mobile is having an enormous impact. There are few companies in the world that can say that they have facilitated hundreds of millions of dollars in mobile transactions, and that’s what we’re experiencing. Native applications for the different operating systems have had huge traction, but so has the mobile web. Numerous mobile transactions come from Google and Facebook, not mobile apps.

CH: Can you analyze this phenomenon from the standpoint of the most important markets in the region?

DR: Argentina, Brazil and Mexico are our biggest markets, and there are strong points in each where we anchor ourselves and that benefit us.

In Argentina, we have a significant, maybe cultural, pattern of mobile usage, and that’s where our brand is strongest. In Brazil, high 3G penetration works in our favor. The fast increase in data plans there has boosted the number of devices and, in turn, transactions – something that hasn’t happened, for example, in Argentina. We’ve capitalized on that well. The penetration of cell phones and transactions in Mexico are really high. Our mobile transaction penetration rate nearly doubles the rest of desk operations. For some reason, Mexicans navigate much more from mobile devices. We aren’t the only ones who see it, other businesses do, too.

All of these phenomena drive us towards a new panorama for mobile transactions. The same can be said for higher smartphone sales, particularly Android.

CH: What was the objective behind creating the fund? What would your balance be of the first three investments?

DR: We invested US$100,000 in each startup, and our fund has US$10 million, meaning we’ve got a big margin to invest with and that we’ll keep going. We’re not dedicated to investing, so how we’re going about this without having to evaluate thousands of business plans is by working with accelerators who are dedicated to the field. That’s what we’re doing with Wayra. They know to set aside all of the business plans related to MercadoLibre so that we later have the option to co-invest with them or to invest alone. We’re doing the same thing now with NXTP Labs, because we want to keep bringing on partners to achieve our objective.

Those first three investments are the deals we’ve already closed, and we hope to close more soon. As we go about getting more training in the evolution of projects, we’ll be announcing more and more investments.

CH: Is your idea to extend the scheme regionally?

DR: We recently launched the same system in Brazil, partnering with Wayra Brazil and making the announcement together. Around 2,000 business plans are being analyzed now, and we’re hoping a group of investments will emerge from that as well. We plan to replicate the same thing throughout the region, our objective being that within a couple of years we’ll be able to invest in many companies.

CH: With what degree of participation do you come into the company? What are the conditions?

DR: It is important for us to clarify that we’re not wanting 80%, 50% of the companies. We’re trying to keep a very low amount of participation to avoid being controlling and let them work. In that sense, it’s different from other types of investment setups, where the objective is having more control over the company. What we want is an ecosystem of successful companies surrounding our open platform; we don’t want to make tons of money off of them. We want to create an ecosystem of successful companies around us, not maximize the return on these investments. That being said, we think that we will earn money out of this, because these companies are going to do well.

CH: What do you consider and evaluate in a project?

DR: First and foremost, the team. If the team isn’t right, it doesn’t matter how good the idea is, there is no evaluation. We could even invest in a good team even if we don’t completely love the idea.

CH: Is there a niche or area you’re oriented toward?

DR: While our platform is composed of buyers and sellers, at the moment of making investments, we’re focusing more on sellers. Last year, we had seven million sellers, many of which aren’t professionals. About 150,000 are big, professional retailers, with employees, offices, expenses, commissions, logistics. For them, there is an interesting niche for software companies, for example, to design systems for invoicing sales. Just one system has 150,000 potential clients – you’ve got a business model with very little. The first investments we made are in symphony with that: sales management, business intelligence and seller credit. It’s an interesting and diverse niche with sure earnings.