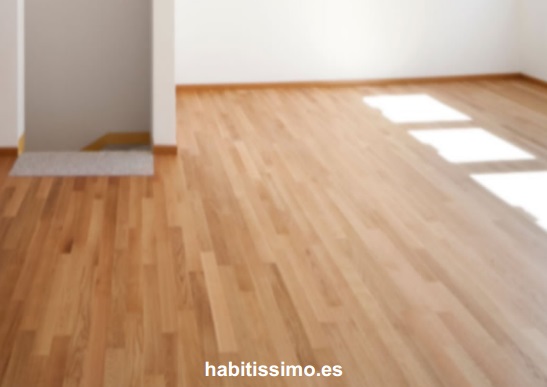 Launched in 2009, Habitissimo is a marketplace that connects homeowners with residential contractors, architects and interior designers in Europe and LatAm.

Five years ago, Jordi Ber was living in Barcelona and found himself in need of someone to help with electric and plumbing work in his home. “The usual thing, when you need these guys, is that you ask your mother, but my mother was living 300 kilometers away,” he explained with a chuckle in a recent interview with PulsoSocial. Having to rely on his own devices to find a handyman, however, turned out to be a strike of luck for Ber, as it is where the idea for his company, Habitissimo, was born.

Habitissimo is a marketplace that connects homeowners with residential contractors, architects and interior designers. Launched in 2009, the platform boasts activities in Spain (where the company is based), Turkey and Italy in Europe as well as in Brazil, Argentina, Mexico and Chile in Latin America. Ber, a Spaniard, founded the company alongside Argentine entrepreneur Martín Caleau.

As is common with service marketplaces, Habitissimo faced a chicken and egg situation at the start: getting both suppliers and consumers on board. The process, Ber admitted, was slow going, and at the beginning entailed picking up the phone and calling contractors one by one. Requests were often handled manually, too. When the ball got rolling with contractors, momentum started to build. “Once you get a critical mass, you just have to focus on demand,” Ber remarked.

Habitissimo acts as the middle man between consumers and suppliers, and once a potential match is made online, the rest takes place in the offline realm – something Ber considers a necessity for this type of business:

This element renders Habitissimo a lead generator, which, as it turns out, is the key to its business model. The service it offers is free for homeowners, and contractors pay for each lead (the contact information of quote requesters). This is something that sets Habitissimo apart from similar marketplaces that charge commissions on jobs.

Why not go the commissions route? Ber pointed to three deciding factors. First, consumers often grow weary of such fees, believing that they are going to end up spending more (and, in many cases, being right). Second, the Habitissimo team wants to focus on its core business – online marketing and the internet – and avoid getting into management and transactions. “We don’t want to get into our customers’ numbers,” he affirmed. Third, Ber said that contractors are likely to put more effort into getting the client and completing a job if they’ve already made a financial commitment:

You’ve already made an investment, and you want a return on your investment.

As mentioned, Habitissimo is available in a handful of markets in Europe and Latin America – but everything is managed out of Spain. The company largely relies on expats from each of its markets to take charge of operations, hiring Italians, Brazilians and so-on to work out of its Palma de Mallorca office. Thus far, it hasn’t found the need to have a physical presence.

That doesn’t mean that Habitissimo hasn’t been on the ground. In fact, it just completed the 2013 leg of Geeks on a Plane in Latin America, visiting Mexico, Colombia and Brazil. “Geeks on a Plane is a great opportunity to get to know a market,” Ber remarked, highlighting the value of the experience in gaining a better understanding of how to localize and adapt to needs. It is a chance to meet local entrepreneurs and get a feel for a country’s or city’s ecosystem in just a few days. He added:

Also important is that you meet interesting people. The geeks that happen to travel with you are really amazing people, from different backgrounds and countries of origin. You can learn a lot from them and build your network.

So what have Ber and the Habitissimo team gathered, not only through Geeks on a Plane but also with their nearly five-year trajectory in the business?

Inter-regionally, Ber indicated some big differences between the company’s experiences in Europe as opposed to Latin America. One major gap: internet penetration. There are less people on the internet in LatAm, and, simply put, “they’re much more difficult to reach.” Credit card penetration rates are also challenging in the region. “It’s a problem that’s being solved slowly,” Ber remarked.

He offered up an especially intriguing observation of customers in Brazil:

The level of participation is greater, especially in Brazil. They’re more vocal, they give you more suggestions on how to improve the service. They participate and talk more with you than Europeans.

In closing, Ber reflected on his perspective through the lens of Habitissimo as a more experienced player in the online marketplace and lead generation game.

“It’s one thing to set up a small business, create a website, a web form, and think you’re set, say you’re a lead generation business for whatever you want to choose. That’s the easy part,” he said. But people often don’t realize how complex and challenging scaling can become; creating a team and scaling to market require both money and time. He concluded, “The main challenge here is to go from a very small operation to a really scalable business.”