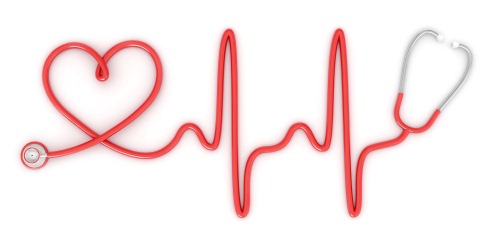 On the 6th and 7th of December, Health 2.0 will land in São Paulo, Brazil for a landmark event: its very first conference in Latin America.

Healthcare and medicine are among the toughest industries to crack with disruptive technologies, including and perhaps especially in Latin America. The arrival of Health 2.0 in São Paulo stands to play a part in changing that, marking a significant step in a more digital direction for the region’s health community.

On the 6th and 7th of December, Health 2.0 will land in São Paulo, Brazil for a landmark event: its very first conference in Latin America. The Health 2.0 Latin America Conference will bring together top medical and digital minds to discuss some of the most pressing issues in health tech of today day. Over 400 doctors, developers, executives, investors and entrepreneurs are expected to attend.

A wide range of topics will be covered at the Health 2.0 Latin America Conference, from the latest innovations and business models to new strategies for delivering efficient care. Themes will include:

Several big names in the health industry out of Latin America and from abroad are already slated to speak at Health 2.0’s flagship conference in São Paulo – about 30 speakers in total. On the list are Dr. Yussif Ali Mere Jr. of the Federation of Hospitals of São Paulo, Matthew Holt of Health 2.0, and Diego Miralles of Janssen Healthcare Innovation, among others. Vitor Asseituno, Founder of event co-organizer EmpreenderSaúde, will also be heavily involved.

Attendees will hear directly from those in the trenches of the health tech field – startups – as over 20 entrepreneurs are slated to pitch. They’ll also get input from industry vets like IBM Venture Capital, Johnson & Johnson, Telefónica and TOTVS.

Health 2.0 has hosted conferences and meetups in over 70 cities in 25 countries in North America, Europe and Asia. So why Latin America now? The event website explains:

It’s one of the hottest places on Earth for digital health right now. Latin America is the fastest growing region in internet usage and millions are eager to consume health care information in completely new ways. New technologies, entrepreneurs, and out-of-the-box techniques of delivering and understanding care are attracting more and more important investors — such as Sequoia, Qualcomm Ventures, Accel Partners, Intel Capital to name a few — to the region.

The health tech industry has high potential in Latin America. One big area of focus: mobile health. An anticipated 40 million patients could receive treatment via mobile health services by 2017 in Mexico and Brazil alone, extending medical attention to over 40 million new patients and reducing costs by US$17.9 billion.

Tickets for the Health 2.0 Latin America Conference are on sale now. From now through Monday, they are available for a reduced rate of US$249 for students, doctors and startups that have not received funding. Regular tickets are priced at US$499. You can find out more and purchase your ticket here.

Conference organizers have also extended a 25% discount on standard prices to PulsoSocial readers, which may be redeemed with the promotion code PULSOSOCIAL13.