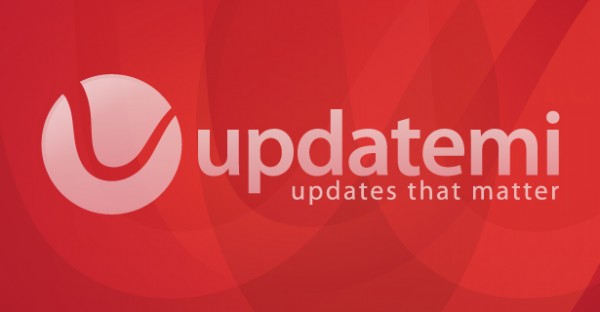 Made in Silicon Valley and launched in Bogotá, Updatemi helps users to get around unnecessary information and focus on the news that matters to them most.

The internet has brought about an inundation of information, meaning that users are often bombarded with much more than they can handle or process each and every time they connect. Thus, tools like news aggregators have become increasingly relevant, helping individuals sift through content and get to what interests them most.

Such is the proposal of Updatemi, a startup made in Silicon Valley and launched in Bogotá during Social Media Week. Updatemi helps users to get around unnecessary information and focus on the news that matters to them most.

The startup relies on both technology and human talent to build relevant, professionally-edited content summaries. This is what sets it apart from other news aggregators.

“Updatemi is a web service and mobile application that provides users the latest news regarding their selected topics. Updates are short, reliable, and absolutely relevant to you,” explains Michael Hirschbrich, Founder and CEO of Updatemi.

From Silicon Valley to Latin America

Hirschbrich, an Austrian serial entrepreneur based in the United States, has been incubating the concept of Updatemi out of Silicon Valley for quite some time. However, the tool hasn’t launched in the U.S. yet – or in any other markets, for that matter. Why launch in Colombia a service created in Silicon Valley?

Ángela Peña, Director of Marketing and Customer Engagement Latin America at Updatemi, has been with the company from the start. She provided us with an explanation:

Latin America doesn’t have an aggregator like Flipboard or News360; this concept has to be introduced little by little. I’m from Colombia, and we believe that Colombians can summarize and write in a way that the rest of Latin America can understand.

With an office already set up in Mountain View and another in the works in Bogotá, Updatemi has also arrived in Colombia in search of talent. The startup has already brought on Camilo García as Editor in Chief and is now seeking out another editor as well as interns.

Updatemi will celebrate its Colombian launch this evening at Kukaramakara in Bogotá – an excellent networking opportunity for Social Media Week participants and others.

The startup plans to launch in the United States and Europe in 2014.