Uber releases a secret fleet of cars in Bogotá while the battle with taxi companies and regulators continues in the United States.

Uber has made a quiet landing in Bogotá. The private car service app has sent an e-mail out to clients announcing that a fleet of secret Ubers is out and about in the Colombian capital. Its first local passenger: Freddy Vega, CEO of Mejorando.la.

This marks Uber’s second Latin American locale, the startup having launched in Mexico City in the middle of this year. Its regional expansion approach has been a unique one, reliant on professional launcher Patrick Morselli to roll out in Mexico and generally being extremely quiet – if not entirely silent – about its initial activities.

Uber boasts a presence in 41 cities in 18 countries worldwide, and it is one of Silicon Valley’s fastest-growing – albeit somewhat polemic – startups. Uber has stirred up a fair share of controversy and caused quite the backlash among taxi companies that, with Uber’s arrival, stand to lose out.

As recently as yesterday, Corey Owens, Head of Public Policy at Uber, penned a blog post entitled On Consumers, Competition and Collusion calling out taxi companies, lobbyists and politicians for less-than-impartial regulatory policies designed to work against Uber. Owens’ argument: these policies hurt consumers, too.

He pointed to a specific situation of his testimony before the Portland Private-for-Hire Transportation Board of Review, a taxi and limousine regulation body in Rose City. “I was asking this official government body to do away with rules that force sedans to wait 60 minutes before picking up the requesting passenger, that explicitly prohibit the use of cost-effective vehicles, and that artificially inflate prices for sedan transportation,” he explained. “I was requesting these changes of a regulatory body made up of taxi companies and their allies.”

He referred to the Portland Board as a “self-interested regulator,” pointing to similar situations in Colorado, Missouri and Texas. “This is regulation by the taxi industry for the taxi industry. Consumers’ interests are getting bulldozed by lobbyists, campaign contributions, and cronyism run amok,” he declared. 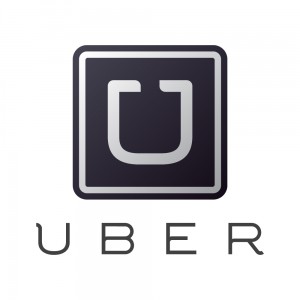 Owens and the Uber team aren’t the only ones at odds with taxi companies over the “Uber issue.” Taxi drivers aren’t thrilled about such regulations, either. Just this week, cab drivers gathered outside of Miami-Dade County City Hall protesting proposed legislation changes that essentially rewrite the rules for car service in Miami.

Raymond Francoise of the New Vision Taxi Drivers Association of Miami spoke with the Miami Herald about the issue, explaining that most drivers are quite open to the idea of Uber. “If commissioners deregulate the town-car industry to allow Uber to operate, cabbies would have the option of driving black sedans instead of yellow taxis,” he explained, adding, “They want to work.”

In Bogotá and Mexico City, the reaction to Uber’s presence is still taking shape. This is likely a result of – and perhaps cause for – its decision to launch so quietly. Regardless, the controversy in the U.S. and elsewhere isn’t slowing Uber down. It is reportedly now eyeing Dubai.