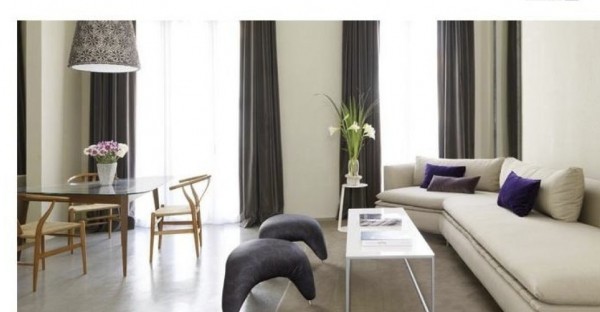 FormaFina, the first e-commerce platform for high-quality home décor in Latin America, has announced a hefty seed round.

Back in February, we introduced you to FormaFina, the first e-commerce platform for high-quality home décor in Latin America.

At that time and just 10 months into operations, the team had achieved high sales growth in Argentina and Chile and had also started to take off in Brazil, where it launched www.formafina.com.br in December 2012. FormaFina’s strategy is a unique one: it imports products from U.S. luxury brands to serve the local market.

And now, FormaFina has announced a US$1.4 million seed round. TechCrunch broke the news, revealing that much of the funds will be directed towards the Brazilian market – something that shouldn’t come as a surprise given FormaFina Co-founder and CEO Nima Pourshasb’s comments in our interview:

In Brazil, revenue results in the first month of operations were already better than in Argentina and Chile combined.

Among FormaFina’s investors are Redpoint e.Ventures, IG Angels, El Paso Advisors, Start Capital, 500 Startups and Plug&Play. Numerous angel investors participated in the round as well, including In Hsieh (of Baby.com.br) and Hans Hickler (former head of DHL U.S.).

FormaFina generally runs 10 to 15 campaigns at once, each featuring around 10 products and lasting for seven to 10 days. It plays on the sense of exclusivity as a signal of status among the new rich in Argentina and Brazil – women in particular.

The startup is making its mark in the curated e-commerce space in Latin America, which is, at the moment, quite underdeveloped. To ensure excellence in its offer, site curators attend fairs and read design blogs and follow trends on similar platforms abroad.

“They look at what other curators around the world are doing, and they review what Fab does. We have a lot of respect for what they’re doing. They look at Fancy very closely,” Pourshasb told TechCrunch.

Of course, FormaFina has some competition. One Kings Lane and Fab don’t send to South America yet, but Fancy has expanded its shipping capacities significantly. And while Fancy is also available in Spanish, FormaFina has an advantage in being a first mover in the region. That being said, Pourshasb has always considered this endeavor a global one:

We’re interested in starting with Latin America and going into Colombia and Mexico. There’s a huge demand in those markets. Our plan would be to look into going into one other market, not before Q2 of 2014.

FormaFina also plans to roll out an iOS app in 2014 to accommodate the 20% of users they say are shopping mobile.