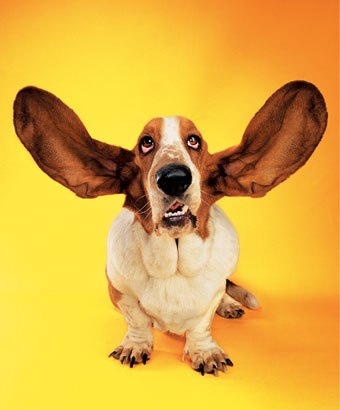 Augmented reality is on its way to becoming more of a reality, and it’s not just Google that’s leading the charge. Out of Mexico, three college students are making their voices heard in the arena with Creators Studio. And they’ve caught the eye of some pretty big players – including NASA.

Founded by Brian Juárez Leyva, Marco Alvarez Quintero and Eduardo Juárez Leyva, Creators Studio started out as a school project. Recognizing the potential of their creation, the three decided to take part in the NASA International Space Apps Challenge in Guadalajara last April. They submitted the Earth App, which shows how specific places have been impacted by human action. The app took the first-place spot and was awarded a scholarship for the Tecnológico de Monterrey startup accelerator program.

Since that time, the Creators Studio team has worked non-stop on their apps. They’ve created two products: GEO-Display, which allows clients to administer their space in an efficient, simple and low-cost way, and PRODUCT-Display, a tool designed for products.

Now, Creators Studio has been invited to participate in InsideAR, an international gathering on augmented reality to be held in Munich, Germany on the 10th and 11th of October. The kicker: the team members have to fund their own trip.

Creators Studio has set up a fundraising campaign with KarmaShop to get to Germany, and as of right now, they’re about half-way towards meeting their goal. You can contribute to their trip here.

In the meantime, we chatted with Eduardo Juárez Leyva of the Creators Studio team to learn more about the solution and get some input on the lay of the land in augmented reality overall.

Emily Stewart: There is a lot of talk about augmented reality right now, but nothing definite has really happened. Why do you think that is?

Eduardo Juárez Leyva: We believe that augmented reality has not yet had a significant impact because there is no content of value and utility available. In addition, existing content is distributed in several applications, which is not practical for users. GEO-Display proposes to unify and democratize the use and implementation of augmented reality, so that any person or entity (without knowledge of programming and design) will be able to implement the technology and offer new experiences to users. Moreover, great content will be generated and available from a single application, without having to download lots of apps.

ES: What is your take on Google Glass?

EJL: Google has created great speculation about Google Glass with demonstrative videos and marketing campaigns, and the device has helped us to introduce, in an easier way, the concept of augmented reality.

We see the introduction of Google Glass as a new opportunity to innovate and create solutions based on augmented reality. However, for the rest of this year, we will be focused on making the most of augmented reality in more prevalent devices, such as smartphones and tablets.

Next year, we will be dedicated to developing new solutions based on augmented reality with new hardware, including Google Glass.

ES: You won the Space App Challenge by NASA. What was your experience there? What made your solution stand out?

EJL: This hackathon for solving NASA’s problems gave us more experience as team, and more ideas to introduce augmented reality into users’ lives.

We combined augmented reality with environmental problems to show people how the earth has changed over the years and give them ideas as to how to improve their environmental impacts and, in turn, help their communities.

ES: What do you think has to happen for augmented reality to become a more widespread technology? What will determine who wins?

EJL: This technology must be useful and usable for people in their everyday lives, not just for those that use new, expensive gadgets. Companies that achieve this change will be one step ahead.

However, we don’t think it’s a competition. We are all working to change the way to use augmented reality, making it more scalable and easier to use – no programming or design skills required. We want users to be able to put augmented reality wherever they want, share it and enjoy it.

Right now, Creators Studio is focused on getting to InsideAR to show off what they’ve built. Help get them there.