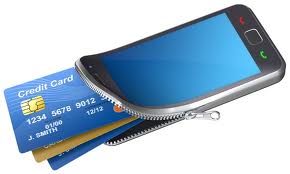 The digital wallet battle isn’t the most intense of fights, especially given the failure of the sector’s top competitors to make it a hit.

The digital wallet battle isn’t the most intense of fights, especially given the failure of the sector’s top competitors to really reach out to mass numbers of consumers.

Forrester cites that while many people have used, for example, the PayPal digital wallet services, they haven’t taken to it in a consistent manner.

Nevertheless, both PayPal and Google Wallet are upping the ante. Just days ago, PayPal launched a redesign of its digital wallet in the U.S., Australia, Canada, China, Hong Kong, Japan and the United Kingdom. Google Wallet has continued the mobile digital wallet evangelization process; however, getting the concept to stick is proving tough.

With this latest update, PayPal is attempting to accelerate the adoption of mobile wallets, bringing in added value services to give consumers more reasons to use them. But it’s not just about consumers accepting them – retailers have to do so, too.

“I think that one of the big differences is that Google Wallet took a gamble on NFC as the way to resolve payments, for that moment of truth in which just one extra second counts. It’s a bet on hardware, because NFC is a chip that has to be in the phone and with the retailer,” explained Nicolás Falcioni, mobile specialist and Editor of Movilion, in an interview with PulsoSocial.

Falcioni went on to outline PayPal’s approach of embedding its service in distinct software applications – something that’s easier to distribute:

You don’t have to wait for device replacements, you can ‘ride’ on existing infrastructure, and the merchant can charge using a regular computer. This has allowed PayPal to focus on achieving a certain penetration and, as the Forrester post suggests, progressively add on value services that set it apart from credit card payments.

What is PayPal looking at as added value to its services? Forrester outlines four main areas:

What About Latin America?

For Falcioni, PayPal’s model could work in Latin America, but with the social, cultural and structural particularities of the region:

The big opportunity is in giving this service to the unbanked, something that captures the cash in the street and turns it into digital money. A good example of this is SUBE (Argentina), a great alternative for cash. Today, SUBE has nine million active users who utilize the card two or three times a day. That’s very profitable.

Of course, few companies have the tools to drive compulsive adoption possessed by the Argentine government when launching SUBE – an Argentine version of the MetroCard. “But beyond that, people see it as something of convenience. They’ve stopped using change (a big inconvenience), so paying now is much easier, without a doubt,” he noted.

The market, then, is the high volume of unbanked citizens in Latin America. Chile is South America’s highest banked country, and in Latin America, it ranks second, behind Panama (measured in function of the volume of deposits divided by GDP in 2012, according to FELABAN).

The difference from developed countries? Their rates are generally over 90%.