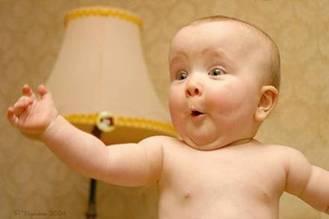 Startup lessons from Silicon Valley. This afternoon, the PulsoConf audience got just that from Ariel Poler, one of LatAm's top entrepreneurial exports.

Startup lessons from Silicon Valley. This afternoon, the PulsoConf audience got just that from Ariel Poler, one of Latin America’s top entrepreneurial and investment exports.

“Silicon Valley is another planet,” Poler upheld. It’s been entirely systemized, from formation to financing, growth and eventually sales. It’s full of talent and resources – and still has more demand. Most seed deals made there are convertibles with a cap, and many are priced with simple seed series terms. There are a few startups that receive stratospheric seed valuations of up to US$20 million (most of these are Y Combinator companies), but most seed deals are valued at US$4-7 million. It’s common to have no lead and a rolling close, and it’s becoming more common to extend seed rounds multiple times.

In the Silicon Valley investment realm, Poler also pointed to the blurring lines between angels, VCs and private equity. Focusing on definitions and restrictions is obsolete:

What matters most is the individual, not the firm.

So, entrepreneurs, do your homework and focus on relationships.

Also tough to pin down: timelines. The general rule is that deals take about six months, but that’s a number largely pulled out of thin air. Some “hot deals” take days or weeks, and other deals just don’t get done. “The best thing you can do to increase your odds of a successful financing is to move your business forward,” Poler argued. “Be careful about spending tons of time fundraising.”

Investors make deals when they’re excited. And when they’re not excited, they make excuses – it’s too early, the deal’s too small, we want to see more customers, revenues, etc. “Investors want to keep their options open,” Poler assured. Instead of worrying about the excuses put forth, figure out how to get investors excited.

And if one investor isn’t excited, it’s likely other investors won’t get exciting, so don’t waste time repeating the same unsuccessful pitch. Set up a few meetings, see how they go, and evaluate. If it goes well, great. If not, it’s time to make some adjustments. Poler remarked, “If you don’t change your pitch, the result will be the same.”

Of course, you’ve got to know who you’re pitching to and make modifications there. It’s also crucial to include the issues of customer acquisition strategy and unit economics in your presentation. Most important, however, is your investor’s reaction:

It’s not about checking boxes, it’s about getting investors excited. 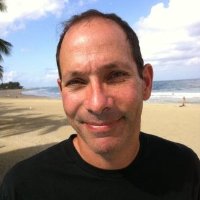 Poler gave a specific nod to startups outside of the U.S. – a fair approach given the largely Mexican audience. While he didn’t dissuade international entrepreneurs from seeking out funding in the U.S., he did suggest going to locales outside of Silicon Valley, where the bar isn’t as high and the competition isn’t as tough. His suggested alternate locales: New York, Boston, and even London.

Poler took advantage of his time on the PulsoConf stage to delve into the world beyond fundraising and offer up other tips:

Poler closed with perhaps the most crucial element of the fundraising realm: “Help me (the investor) help you (the entrepreneur).” Do your homework, be specific and add value to the conversation. Know who you need to talk to, know what you want to discuss, and, above all, get investors excited.