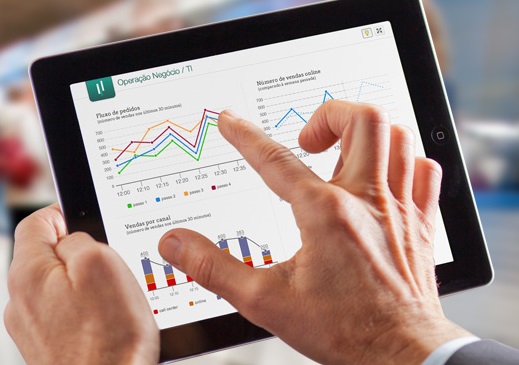 After five months of intense competition, the winner of TOTVS START it up has been named.

After five months of intense competition, the winner of TOTVS START it up has been named. Rio de Janeiro-based Intelie came out on top, earning a R$1.7 million (US$740,000) Series A investment and a five-day trip to TOTVS Labs in Silicon Valley.

Intelie, which is dedicated to real-time data analysis, beat out over 1,000 applicants from nine countries, including Brazil, Argentina, Bolivia, Chile and Uruguay. The contest launched in April, inviting submissions from B2B-focused technology companies throughout Latin America.

With its victory, Intelie will have access to TOTVS’s extensive network in Brazil, Latin America and the United States. Two members of the team will travel to Mountain View to immerse themselves in the local tech ecosystem.

Ricardo Clemente, one of Intelie’s co-founders, spoke with Startupi about his company’s victory:

Today is the first day. There is much to learn and grow. We’ll turn our business plan into reality as a partner of TOTVS. Our solutions complement the TOTVS portfolio and focus on the segments in which the company is active. Our challenge is to bring real-time intelligence to the operations of dynamic businesses.

Intelie wasn’t the only company to get a boost out of TOTVS START it up. Agendor also received a R$350,000 (US$150,000) seed investment through the competition.

Part of the inaugural Tree Labs class, Agendor is a CRM tool for sales teams. We met the startup in November of last year. It nabbed one of the top spots at Slumdog Beta and was also selected to pitch at DEMO in Brazil.

Alexandre Dinkelmann, CFO and Executive Vice President of TOTVS, reflected on the contest:

Since its launch, the TOTVS START it up competition’s mission has been to be a process of development and growth for startups. Our objective was for each startup to come out of the contest better than when it came in, and that’s what happened.

TOTVS is a force to reckon with in the tech ecosystem in Brazil and all around the globe. Last year, it opened an R&D facility in Silicon Valley and was named one of Latin America’s top technology companies by the Latin Business Chronicle. Through its investment arm, TOTVS Ventures, the company has invested in uMov.me and ZeroPaper, both out of Brazil, as well as the U.S.-based GoodData.