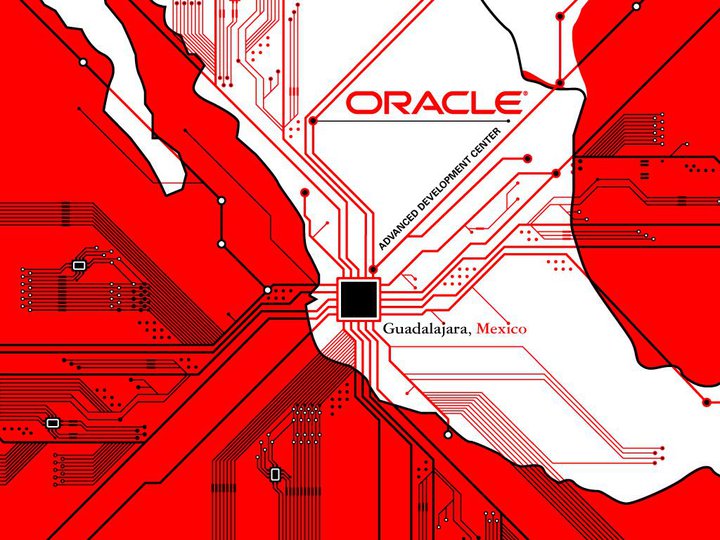 Erik Peterson, one of the speakers at this month’s PulsoConf, discusses his experiences spearheading Oracle's development efforts in Guadalajara, Mexico.

Erik Peterson has dedicated the last three years of his professional life to building out a world-class team of developers at the Oracle Mexico Development Center in Guadalajara. An intrapreneur with experience in both large companies and startups, Peterson, one of the speakers at this month’s PulsoConf, has spearheaded Oracle’s development efforts in Mexico.

We sat down with him to discuss the company’s path south of the border and gain insights into how one of the world’s leading technology corporations is approaching its work in an ecosystem that is quite different from that of Silicon Valley.

Landing on LatAm, Zeroing in on Mexico

When searching for a place to set up a development center, Mexico wasn’t always the most obvious choice – nor was, as it turns out, Latin America. “There aren’t as many engineers in Latin America as you have in India or China. You’re not going to compete with the sheer numbers you have there, and their costs are also lower than in Latin America,” explained Peterson. “But how can we complement that? What is it that we can do that they can’t?” The response: proximity in culture, distance and time.

The Oracle board looked at options in Brazil, Chile and Costa Rica before eventually landing on Mexico, specifically, Guadalajara. The alignment of time zones was a major draw, as was the distance between the city and Silicon Valley (about a four hour flight). Not only does this influence work dynamics, Peterson noted, but it also transforms the recruiting process, allowing U.S. managers to meet the individuals making up their teams in person.

Peterson attributed the decision to go to Mexico to the size of Oracle’s user base in the country as well. In fact, it is the company’s second biggest Latin American market.

Dipping into the Talent Pool

Beyond issues of proximity, the high level of talent among Mexico’s developers played a key role in Oracle’s decision to set up shop there. Weeding out that talent, however, is easier said than done.

In the U.S., Oracle generally taps into graduates from a list of about 10 top universities to fill out its teams. In Mexico, however, the approach has been a bit different.

There is no go-to list of educational institutions to draw from, and what students learn varies depending on a wide range of factors, from the professors they’ve had to the extracurricular activities they’ve been involved in and outside projects they’ve taken on – much of which isn’t included on their resumes. This makes it difficult to gauge their talent levels and potential early on.

So what’s Oracle looking for? Developers with the ability to think outside of the traditional box and who are of the same caliber of those brought on board in the States. “We’re very focused on algorithms and data structure when we interview people,” Peterson affirmed.

A Technical Vision and the Critical Mass

The Oracle Mexico Development Center team has grown quickly since opening its doors. In other words, getting developers through the door is just the tip of the iceberg.

Unlike other tech corporations, which are inserting what Peterson referred to as “side stuff” in Latin America, Oracle is doing some of the most hardcore, interesting things it has to offer right in Guadalajara. Pieces are being built entirely in Mexico, and their developers, while young, are working with professionals with 20 years of experience as mentors. The result: a new way for Mexican developers to conceive their careers. Oracle’s young team has been given a prime opportunity to build depth and have a long-term vision outside of management, gaining insights into what a technical path looks like.

That being said, Oracle has been prudent in expanding its team in Mexico and started off small in order to avoid lowering its standards. “I’d rather grow slower than start getting into second-class developers,” Peterson said. He also noted the importance of bringing in teams that have a critical mass:

We don’t want to have people who are loners or two people on the project, because even though they’re part of the total project, a big part is turning to the guy next to you and brainstorming on your thing.

The Oracle Mexico Development Center is, in many ways, a startup. Thus, creating an atmosphere and culture has been part of Peterson’s work.

As to what strategies he’s applied in doing so, Peterson pointed out the importance of making sure employees are comfortable and provided an enjoyable space for work. “I think it’s good for people to see a tree. I think it’s good for people to walk to lunch and have something that’s pleasant,” he said. He also emphasized the importance of giving employees a sense of purpose, a sense that they’re building something:

As Oracle’s Mexico team has grown, fostering company culture has required some creativity. Management strives to provide developers with an informal environment that is reminiscent of Silicon Valley; however, they keep local culture in mind as well. One big difference, Peterson pointed out, is the level of social interaction Mexican developers engage in as compared to the U.S., going out to eat together, organizing gatherings outside of work. This is something that also keeps Mexican talent local.

Beyond cultivating a culture within the Oracle Mexico walls, the company is also contributing to the future of technology in Mexico. Most of its employees are scooped up right out of universities and are trained directly by Oracle. Peterson described the philosophy, “People who are going to be future leaders are the people who start with you from the ground up.”

To keep those people from jumping ship, Peterson makes sure his developers are challenged and are doing something interesting, working at a level that they can’t find anywhere else. And as the Oracle Mexico Development Center moves into its third year, meaning many of its developers are rounding out the life cycle of their first products, things only stand to get better. Now they’re the ones coming up with new ideas and designs, transforming the way things are done.