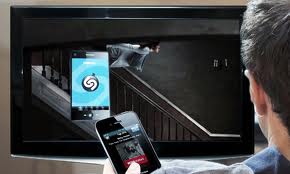 Hunt Mobile Ads has been selected by Shazam to market and commercialize its products, including Shazam Music and Shazam TV, throughout Latin America.

During IAB Now 2013, Hunt Mobile Ads confirmed that it has been selected exclusively to by Shazam to market and commercialize the company’s products, including Shazam Music and Shazam TV, throughout Latin America, with the exception of Mexico and Colombia.

“We’re already offering them to media, brands and advertisers throughout the region. Shazam Music is already installed entirely, but Shazam TV, while well-known globally, isn’t as prominent in all of LatAm,” explained Alejandro Sas, Co-founder and CEO of Hunt Mobile Ads, in an interview with PulsoSocial.

Shazam, which recently landed a US$40 million investment from Carlos Slim, is one of the 10 most downloaded apps in the world. It boasts more than 300 million users in 200 countries and 33 languages. Shazam has four million downloads in Argentina alone, meaning that approximately one in every three people in the country have the application on their smartphones.

“The interest was ours,” Sas explained with respect to becoming Shazam’s regional rep. “LatAm is market that’s growing fast in comparison to other markets in terms of smartphones. There are markets that have been more interesting for Shazam before LatAm. In fact, Shazam TV has already been out there for two years and has been highly successful among brands.”

Much of Carlos Slim’s investment will go towards accelerating the development of television-related products, which are expected to be Shazam’s principal sources of revenues over the next two years.

At the last edition of the Mobile World Congress, David Jones, EVP of Marketing at Shazam, said that the application has evolved from music recognition to the television as the core of its business, on both the principal and second screens.

In the U.S., Shazam has included in its application programming from over 160 channels. There, viewers can tag content with information (on actors, soundtracks, plotlines etc.) and even buy songs and merchandise. Likewise, channels – such as, for example, Fox – can drive additional content through the pipeline via the application and the second screen.

With respect to brand interaction, Sas pointed out that studies indicate that interacting with the application after seeing an ad generates 33% more engagement with brands. “All of these options that open up after Shazamming are measured in real time, so you can track everything by city, type of phone, actions, time consuming,” he said.

As an example, Sas mentioned the use of Shazam Music and Shazam TV in a place like McDonald’s, which plays music in its restaurants. It can place signage encouraging patrons to download the app to recognize the music and, in turn, download it. But that’s not all:

Once you’ve downloaded, you can see a video, play a game, get a 360° look at a product or service, or take part in a promotion. You can do a test drive of other verticals or participate in ticket giveaways.

“It’s got a social component, it allows you to share in Facebook, become a follower of a brand on Twitter. It can generate an action within Shazam or send you to a brand’s mobile site. It’s being used a lot for movie releases and concerts. For a movie release, you can see the trailer, buy tickets, participate in a promotion, give it a like and download specific content,” Sas pointed out. He also emphasized the importance of the deal for Hunt Mobile Ads itself:

This is a huge representation with a service as well-known as Shazam or even more.