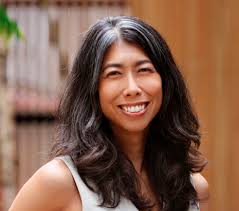 IMS was selected last year to represent Twitter in Latin America, becoming a strategic partner for the social media giant in reaching the region’s major brands.

The company, which also represents Netflix and Waze regionally, works with Twitter out of Miami, reaching Mexico, Chile and Colombia as well as, most recently, Peru and Ecuador – proof that, thus far, its formula is functioning. And days ago, IMS released an infographic manifesting how Latin America’s top brands are using the Twitter platform to boost sales.

Maren Lau, Head of Corporate Development at IMS, shared with PulsoSocial the details of the company’s ties with Twiter as well as what the platform’s aims are for advertisers in the region.

Clarisa Herrera: What, in your opinion, led Twitter to select IMS as its representative in Latin America?

Maren Lau: IMS is a marketing and media company that helps dynamic companies that to enter or expand in Latin America. We’re also Netflix’s digital agency in the region – with them, we do all of their media investing – while the media representation we do with Twitter is like what we do for Waze. Through our relationships with over 150 agencies in the region, we facilitate commercial entry into this market.

CH: In what specific aspects do you facilitate the network’s commercial operation?

ML: Latin America is a highly diverse region with distinct commercial, cultural and operational practices, and companies like Twitter seek out partners like IMS, which boasts commercial reach and that can solve operational problems. We work almost as consultants for these brands so that they are able to understand the region and accelerate their success. For Twitter, Latin America is very important. It’s in the midst of digital growth, having the 10 countries with most social media penetration and high mobile penetration rates as well – a region with great potential.

CH: You say that they were more interested in a partner than a reseller. Why?

ML: Right. They weren’t just seeking out a reseller but also a partner. They were interested in our management team, which has diverse profiles in media and business, with experience in Latin America and the United States, something that regionally facilitates linguistic translation for a client from another market.

ML: Twitter is open to all kinds of advertisers in the region. We’re seeing the use of paid media in the case of top-of-mind global brands, but local and regional brands are using it, too. There is a lot of diversity in industries and types of clients. If there is something that characterizes the clients, it’s that they understand that, today, a consumer wants to consume content based on his or her interests. A brand establishes a relationship with the consumer through his or her interests in order to build a stronger relationship – not just a transactional one.

CH: Within the suite of advertising products, which are most popular in Latin America?

ML: We’re seeing the most distribution in promoted tweets and promoted accounts. Promoted trends are also interesting and are growing as clients become more educated about the platform and, in turn, define their Twitter strategies more. We’re about to release our World Cup event packages. For live events, Twitter is the best advertising platform out there. PTs are an excellent tool for them.

CH: You announced that you’ll be representing Twitter in Peru and Ecuador recently. How is commercial uptake going in these less dense markets?

ML: There is an evangelization process for clients to understand the best ways to take advantage of their advertising investments. The markets in Peru and Ecuador are mature. They’re not as big as Argentina or Mexico, but there’s a lot of interest from clients and brands. So, going to the market with all of the knowledge and success of having launched has helped us to trace out practices for them.