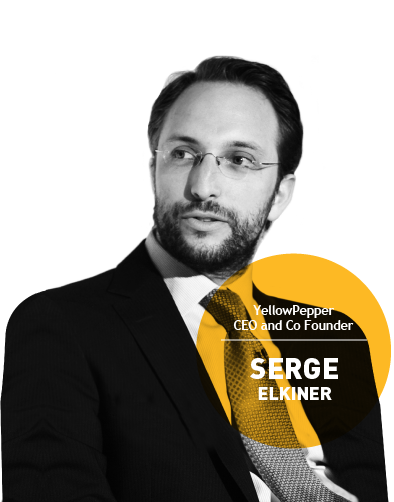 Mobile finance has evolved hand-in-hand with the mobile space in Latin America, and according to YellowPepper's Serge Elkiner, Colombia is going to get there first.

“Mobile finance has evolved hand-in-hand with the mobile space in Latin America,” affirmed Serge Elkiner, the figure at the helm of Miami-based mobile payments innovator YellowPepper.

Founded in 2004, YellowPepper is a first mover in the mobile payment sector in the region. It is backed by the World Bank Group’s IFC and has just announced a US$15 million Series C investment round – in other words, the company shows no signs of slowing down. In fact, it’s gaining momentum.

In 2012, eight years after YellowPepper’s launch, Elkiner made the decision to take the company in a different direction and undertake a new initiative in Colombia. YellowPepper partnered with Credibanco in its launch of Socia, a national payment system that will enable mobile payments in all of the installed POS and ATM infrastructure in the country, utilizing YellowPepper’s technology.

With this, the YellowPepper team has positioned the initiative and its role in it as a model for other countries in Latin America.

We reached out to Elkiner to find out more about YellowPepper, its involvement in Socia, and his version of Latin America’s mobile payment story – as well as what country he thinks will make it first.

Emily Stewart: YellowPepper has been in the mobile finance market since 2004. How have you seen the industry evolve in Latin America over time?

Serge Elkiner: We started with basic information, text message-based, mainly, for promotions and alerts, which still represent most mobile transactions to date. As banks and users became more accustomed to using the mobile channel to communicate, there was a move to text banking via SMS.

As BlackBerry and early smartphones came onto the scene, there was an early attempt to launch mobile banking applications that did not generate massive traction due to the lack of penetration of these phones in the market. However, since the democratization of smartphones, propelled by accessible Android phones and data packages from the operators, we are now experiencing exponential adoption of the channel. Banks are capable of reaching much larger portions of their users with applications that provide the necessary functionalities and user experience that had been lacking.

The next phase is a rapid push towards mobile payments. We are receiving great acceptance in all of our markets, especially in Colombia, Ecuador and Mexico.

ES: What has the experience been like rolling out SOCIA in Colombia? 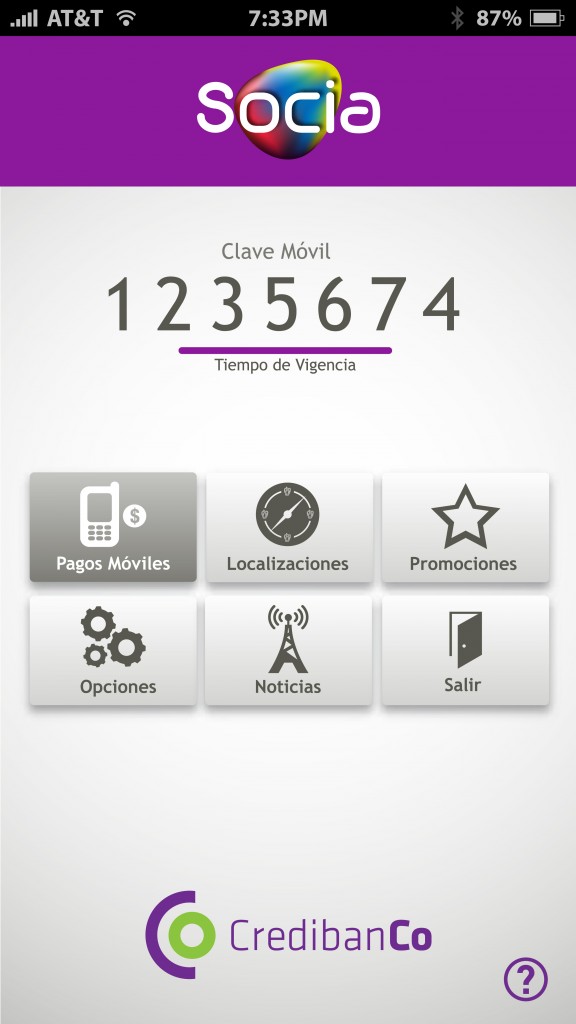 SE: Colombia has been a unique experience from the start. We have been grateful to have found a great partner in Credibanco to launch our complete mobile suite in Colombia. From the first time we presented our mobile payment platform, they shared our vision that this had to become the standard for mobile payments in Colombia. From that moment on, we have been working side by side in making this project a reality and involving many different actors to adopt the standard.

ES: How does your experience in Colombia compare to what you’ve faced in other markets?

SE: In our other markets, putting the puzzle together has been somewhat more difficult, because the payment ecosystems are very different in each market. We have, however, received the same acceptance from the major players to use our mobile payment standard.

ES: Last month, we talked to Pagtel, a company active for about a decade in Brazil’s mobile payment space. They told us the determining factors in who ends up ahead in the market in Brazil were security and investments. What do you think it’s going to take to win in the mobile payment space in Latin America?

SE: Security and investment are among the key factors that will determine success in mobile payments. Our processes are based primarily on providing a more secure way to make payments. That is what has enabled us to get the traction we have gotten so far. We also believe that, to drive user adoption and usage, you have to provide more than just security. The players that win will be the ones who can leverage the capabilities of the phone to transform the payment experience.

ES: What needs to happen for mobile payments to become more of a reality in Latin America?

SE: We are on a very good track to making mobile payments a reality in Latin America. What we need to see first is wide industry acceptance, like we are seeing in Colombia, which has the necessary infrastructure in place to enable nationwide mobile payment acceptance. Secondly, we must continue to promote the rapid adoption of smartphones in the region and improve the quality of the networks. Lastly, we need all the participants in the payment ecosystem, especially banks and merchants, to adopt the mobile payments as a means of transforming the payment experience of their clients.

ES: What country or market do you think is going to make it first?

SE: I think Colombia has taken the firmest stance to deploy a nationwide mobile payment system, but Mexico and Ecuador will also move quite quickly.