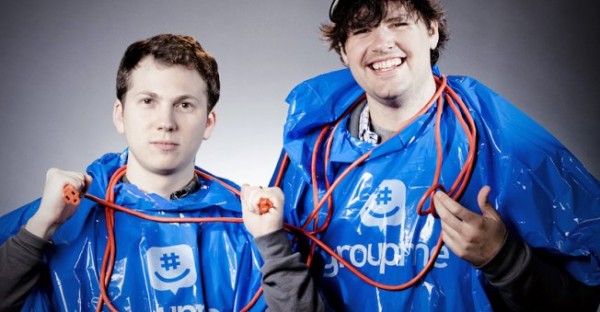 Two years after the sale of GroupMe to Skype, Steve Martocci and Jared Hecht are leaving the company to embark on new and separate projects.

Steve Martocci was one of the headlining speakers of last year’s PulsoConf in Bogotá. There, he discussed his experiences as one of the founders of GroupMe, which sold to Skype in 2011, resulting in up to US$68 million in earnouts.

Martocci and his co-founder, Jared Hecht, created GroupMe during a TechCrunch Disrupt Hackathon in 2010. Once the company was acquired by Skype (which was then bought my Microsoft), the two stayed on board to help it grow. According to PandoDaily, GroupMe has more than 12 million registered users, four million of which are active on a monthly basis in the United States.

Two years after the sale, Martocci and Hecht are about to leave the company and part ways to embark on different ventures. Though what’s next for the two of them isn’t quite clear, Martocci’s declaration from last year’s PulsoConf is an indicator of how he’ll be approaching his new project:

Focusing on your why is extremely important in building your company.

Now, Martocci is working with Matt Aimonetti, a fellow speaker at PulsoConf 2012. An engineer, Aimonetti has previously worked for LivingSocial and Sony PlayStation. As to his new project with Martocci, not much has been revealed. What is known is that it’s called Splice and that it has something to do with music.

While Martocci and Aimonetti won’t be around at this year’s PulsoConf (they’re too busy working in stealth mode on Splice), we will be bringing in figures of the same caliber at this year’s Guadalajara edition.

Here are a few of the founders and investors you’ll meet at PulsoConf 2013:

✦ Wayne Chang is the Founder and General Manager of @crashlytics, which was acquired by @twitter. An entrepreneur, hacker, consultant and angel investor, Chang has created a diverse set of tools used by millions of people all over the globe.

✦ Nico Berman is a Partner at Latin American investment fund Kaszek Venture and a board member at Pitzi, Restorando, PedidosYa, Axeso5 and Educatina. Berman previously worked as the VP of Marketing at MercadoLibre.

✦ Ariel Poler is an angel investor and entrepreneur. He founded IPRO, @topica &@textmarks and has worked with Kana, @linkexchange, Freedom Financial, @odeo and @stumbleupon.

Want to find out who else is slated to attend PulsoConf 2013? Take a look at the angels and VCs who will be in Guadalajara here. And if development is your thing, check out the hackers.