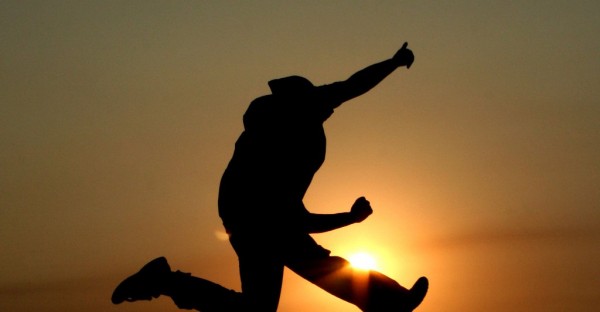 Didn’t get your fix of PulsoSocial last week? Not to worry! Find below the top stories out of Latin America tech and entrepreneurship from over the past seven days, and start your week out right. Globant has grown to become a global reference point both regionally and worldwide in developing innovative software solutions, focusing on emerging technologies and trends like mobile, gamification, social media, cloud computing, big data and e-commerce. At the start of the year, British media group WPP acquired a 20% stake in the company with a US$70 million investment – a major milestone for the Globant, which has also started investing in other startups as well.

PulsoSocial’s Clarisa Herrera sat down with Globant’s Guibert Englebienne to discuss about the present and future of the company, touching on issues like advertising and talent.

→ Diego Serebrisky: “If you’ve got an internet solution and aren’t thinking at least regionally, something’s wrong”

In March, Serebrisky became the Managing Director of Alta Ventures, one of Mexico’s top venture capital funds. Not only is he overseeing activities in Mexico, but he’s also taking leadership of the firm’s work in Colombia and Peru. He spoke with PulsoSocial about why Latin American entrepreneurs need to think globally, lest they lose opportunities by focusing too heavily on the local.

→ Cohen FIT Launches in Argentina to Back Tech Startups

Out of Argentina, Cohen FIT will seek out genuine opportunities in the Argentine entrepreneurial ecosystem and offer the market access to a non-traditional area of investments.

→ Show Me the Money: The Angel Investors & VCs You Won’t Want to Miss at PulsoConf 2013 PulsoConf 2013 is just on the horizon, set to take place on September 13th and 14th in Guadalajara. The event will feature a wide range of content, one major component being, of course, investments. We’re bringing in top investors from Latin America and the U.S. to speak at the event and meet attendees. Find out what investors will be attending, and get an idea of where their funding-related interests lie.

→ Looking for a Place to Work in Lima? Coworking Comes to Peru

There are 141 coworking spaces in Latin America – 95 in Brazil, 19 in Argentina, and nine in Colombia. And in Peru, the trend is starting to catch on, too. We took a closer look at what’s happening in coworking in the Peruvian capital and the options that are available today.

According to a Batanga Media study, that’s the case.  Researchers compared purchase intention rates generated by television advertising against those inspired by online ads. The findings: online advertising (50%) outdoes television (41%). Moreover, while investment in advertising is low (about 3% of ad budgets), it generates the second highest amount of revenues (70%), behind television by just 10%.

There are over 200 million Facebook users in Latin America, meaning that the region represents 18% of the social network’s global base. Its top three markets are Brazil (47 million users), Argentina (14 million) and Mexico (28 million), of which 61.4% of active users connect to Facebook every single day. Hugo Valenzuela (@hugoleonrojito) is a Bogotá-based taxi driver who devised his own innovative way of connecting with passengers via Twitter. With a much more rudimentary system than what’s offered by the plethora of taxi apps currently on the market, Valenzuela books rides in 140 characters.

Etiquetasalta ventures best of the week cohen fit coworking facebook Globant Lima online advertising PulsoConf Social Media Twitter
Surpassing China, Brazil’s IT Industry is a Force to Reckon With
Get to the Point: The Value of Simplicity in UI and Design