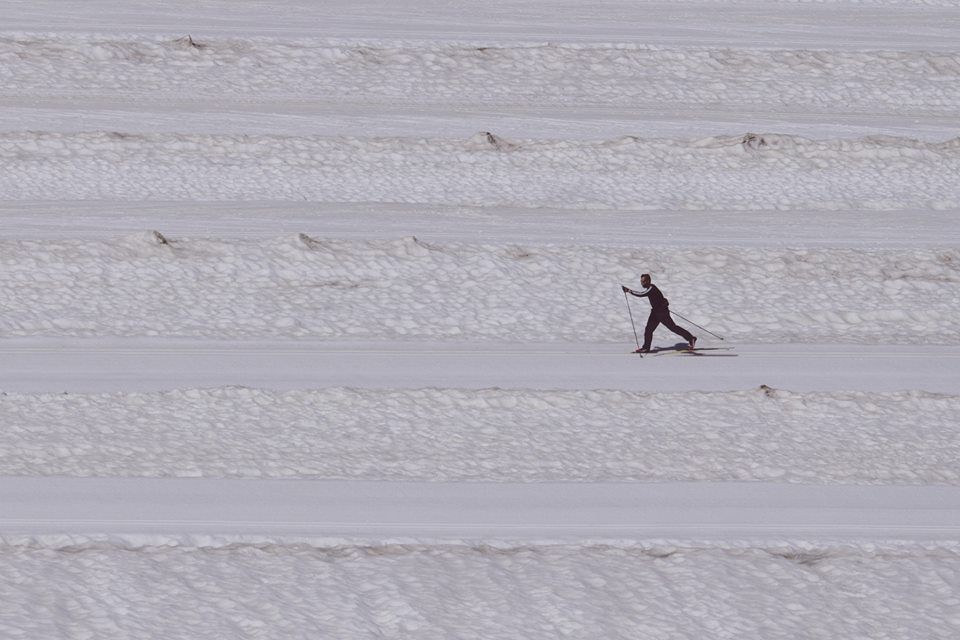 Paul Bragiel is a jack of all trades - entrepreneur, investor, businessman. His next title: Olympian, competing for Colombia at the 2014 Olympic Games.

Paul Bragiel is a jack of all trades. With three startups and four investment funds under his belt – not to mention his status as a bit of a tech industry superstar – he has most recently undertaken a new endeavor in a technology-free realm: cross-country skiing. And come February, the Chicago native plans to compete for Colombia at the Winter Olympic Games.

This month, Bragiel became a Colombian citizen by way of presidential decree. He hopes to compete on behalf of the country at the 2014 Olympics in Sochi, Russia. In November, he’ll go up against athletes from all over the world to qualify for the competition, vying for one of just 310 spots.

Should he succeed, Bragiel will become only the second athlete in the history of Colombia to represent the country in the Winter Games. And as for his prospects in making the cut, Bragiel gives himself a 60-70% chance of qualifying. “Being an entrepreneur, I’m overly confident,” he admitted in a recent interview with PulsoSocial.

Confidence, it appears, has boded well for Bragiel throughout his career. He founded his first company, game development studio Paragon Five, in 1999. In 2004, he moved on to Meetro, the first location-based social network. And in 2008, he launched Lefora, which was sold to Crowdgather in 2010.

For the past three years, Bragiel has shifted into the role of investor, acting as Managing Partner at i/o Ventures. Last year, he launched three more tech-focused seed funds – Savannah Fund (focused on Sub-Saharan Africa), Golden Gate Ventures (Asia) and GameFounders (for gaming startups in Europe).

Now, however, Bragiel has gone on hiatus from his work in entrepreneurship and investments and is heading in a very different direction:

At the beginning of this year, I decided I was going to go out there and become a winter athlete, pursuing my largest childhood dream, something I’ve always wanted to do. Now that I have some time and some personal freedom and a little bit of financial resources, I can actually take a year and a half off to go out there and train.

He moved to Finland to start working with a top coach at the start of April. Since then, he’s been “following the snow,” skiing on a glacier in Austria for the past month and a half and now headed to New Zealand. He’s training two to five hours per day, five to six days a week, and enduring an endless winter to boot.

Given its less-than-snowy location, Colombia isn’t the most obvious choice for competing in cross-country skiing. In fact, it was the country’s entrepreneurial ecosystem – or at least one component of it – that drew Bragiel in.

When he decided to pursue his Olympic dream at the start of this year, he realized he wouldn’t be able to compete for the U.S. and set out to find a country to adopt him. “I reached out to the iNNpulsa folks in Colombia and said, ‘Hey, how open would you be to doing something like this?’ And they were excited, because they wanted people like me involved in their ecosystem in general.”

While Bragiel’s short-term focus is on the Olympics (the ten-week qualification process is just a few months away), he will no doubt contribute to the country’s tech scene, as well as that of Latin America as a whole:

I’m a huge fan of Latin America. I think it’s really going to explode over the next couple of years in terms of entrepreneurship, and I’m seeing really, really good early signs. I’ve been looking at the region for a while now, and I just haven’t found anybody I really wanted to partner up with before. I talked to some governments, and I didn’t really hit it off. I talked to some entrepreneurs and didn’t hit it off.

Bragiel has reached out in numerous countries in the region in the past. In Argentina, the government ignored his efforts. And while the scenario in Chile is very positive, it wasn’t the right fit. He also got very close to the mayor’s office in Rio de Janeiro, but with Brazil, size proved a problem.

In Colombia, things clicked for Bragiel. “I saw that there was a lot of growth happening, a lot of entrepreneurs popping up,” He remarked. “It’s a country that’s kind of reformed itself. It has a reputation of not being the best in the past, but I’d say that, where things stand right now, it’s looking pretty good.”

Bragiel hasn’t yet defined what he specifically plans to do in Colombia and Latin America. He mentioned a couple of options, such as setting up a fund (as he’s done in Asia and Africa) or undertaking a game-focused project (like in Europe).

His decision will depend on the resources available as well as his approach to managing the two most prevalent challenges he sees within Colombia’s entrepreneurial ecosystem today: culture and funding.

In Bragiel’s eyes, the culture of entrepreneurship in Colombia isn’t really encouraged:

If you start a company, a lot of times, people look at you as a cheater. Or, it’s the traditional family companies that go from generation to generation and aren’t necessarily high, scalable companies. The mindset needs to change.

On the funding side, the number of angel investors and VCs is limited, making the entrepreneurial path an even more difficult one to take. “I’m seeing more and more entrepreneurs popping up, and every time I go there, I’m meeting new ones,” he explained. “I ask, ‘When did you guys start?’ and they say, ‘A couple of months ago.’ That’s awesome, right? But they kind of end up dying in the vines sometimes, because there is no follow-on funding after they get a government grant of US$25,000, or something like that.”

Bragiel hopes to address one of these problems, if not both.

He also inspires to make an impact in Colombia beyond entrepreneurship. Currently, Bragiel is in the process of seeking out Colombian sponsors for his Olympic debut – a huge opportunity on a global stage. He hopes the exposure will help to raise money for youth athletes in the country, too. Getting local sponsors, however, is proving an uphill battle in educating Colombian companies on the weight of the opportunity at hand.

Paul Bragiel is just getting started in Colombia, and much of what he’s got in store for the country won’t come to life until after the Sochi Olympics. In the meantime, he’s chronicling his training on Facebook. You can keep track of his adventures here.