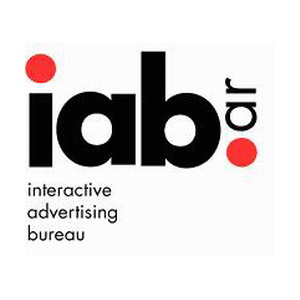 The Interactive Advertising Bureau (IAB) in Argentina has again released its annual report on online advertising investments in the country. Carried out by PwC Argentina, the study takes a look at what happened in online ads in Argentina in 2012.

The report signals that investments increased 55% between the first and second semesters of 2012, reaching nearly one million pesos.

Of the 30 companies that participated in the study, five represent 79.4% of online advertising revenues. Moreover, the top 10 comprise 92.4% of the total. In other words, a handful of large entities rule the roost.

“This is the first time that IAB Argentina has performed this research on internet advertising investments with PwC. On an international level, this has become an industry standard, its objective being to provide relevant data on the medium’s performance to facilitate decision making for advertisers, media and agencies, which use digital support tools as a platform to communicate with consumers,” remarked Alejandro Fishman, President of IAB Argentina.

Looking at the bigger picture put forth by IAB Latin America, Argentina is near the top regionally. The country ranked third in 2012 in terms of online advertising investments at US$285.4 million, behind Brazil at US$750 million and Mexico at US$370 million.

In a recent survey performed by Oh! Panel and Humo Rojo, 50.2% of respondents said they spend more of half of the day online. Sending and checking e-mails is the most popular activity, followed by searching for information, interacting on social media and reading the news.

According to LAMAC, based on data from IBOPE Argentina, only two forms of media – internet and paid television – increased their consumer bases between 2006 and 2012.

Internet consumption rates rose most during that time, reaching 27%. This continuous, relentless growth can be attributed to the evolution of technology as well as the enormous amount of content offered, which segments consumers by preferences and personal interests.

In turn, other forms of media have experienced a reduction in their consumer bases. Graphic media has fared the worst, with magazines declining 36% and newspapers 17%. Radio has also suffered, its consumer base falling 17%, as has cinema, with a 13% decrease. Broadcast television has been the least affected and has generally experienced similar audience levels throughout the years, declining just 2% overall.

With respect to the prospects of digital advertising in 2013, Fishman sustained:

We hope to continue the same line of growth, considering that the internet is consolidating as a medium for advertising, the consumption of digital media is increasing notably each year, and the elections will lead to greater internet advertising investments to publicize distinct candidates.