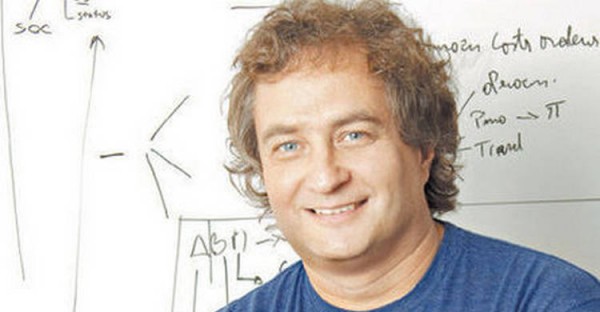 Globant, the company founded a decade ago in Argentina by Martín Migoya, Martín Umaran, Néstor Nocetti and Guibert Englebienne, has transformed into a reference point for innovative software development solutions in Latin America and in the world. With a strong focus on emerging technologies and trends (mobile, gamification, social media, cloud computing, big data and e-commerce), the company successfully combines engineering rigor with a creative point of view in design and innovation.

In 2011, Globant’s net revenues reached US$90 million. Its turnover in the first semester of 2012 was US$56.9 million, with total assets at US$69 million on June 30th of that year. American Express, JP Morgan Chase & Co., LinkedIn, Electronic Arts, Google, Coca-Cola and National Geographic are among the corporations that make up the company’s portfolio.

Globant reached a major milestone at the start of the year, when British media group WPP acquired a 20% stake in the company with a US$70 million investment. And that’s just the start of what Globant has in store for 2013.

The company has launched Globant on the Beach, a project to find talent, foster company culture and retain employees. It sets up offices in paradisiacal sites to attract professionals from top universities around the world – one of the main points of focus of Globant’s overall strategy.

We got a chance to speak with Guibert Englebienne, Co-founder and CTO of Globant, to learn about where the company’s at right now and the specific challenges it’s facing.

Clarisa Herrera: How are things going with WPP’s entry into the company so far?

Guibert Englebienne: Very well. We already had relationships with various WPP companies, and now we’ve deepened those relationships and increased the number of clients within the group at the same time. Thanks to the credibility the WPP stamp brings with it, we’ve been able to access clients outside of our traditional portfolio.

CH:  What is the advertising world’s interest in strengthening ties with the tech world?

GE: What’s happening is that there’s a shift in dollars that previously went towards advertising and are now being invested in designing experiences, where technology plays a fundamental role. For the first time, companies are realizing that they have, through technology, a bi-directional communications channel with consumers. Instead of pushing advertisements for people to buy, they’re using technology to generate experiences while the brand is present. Take what’s happening with Nike, for example, which is creating a social gravity for its brand. While that’s been Globant’s focus for quite some time, today, the advertising world is starting to recognize this transformation and understand the need for technology, which they sometimes don’t have.

CH: What can Globant contribute to these companies from its expertise in emerging technologies?

GE: Applications like Facebook, Twitter, Whatsapp and Evernote are at the crossroads of many trends, with well-kept, friendly interfaces. Moreover, consumers want to go from device to device without problems, and the cloud, in that context, is essential. You’ve got to add onto that the imperial need to share, incorporated game mechanics and contextual advertising. None of these trends existed seven years ago. Changes are happening fast, and many companies don’t have the technological knowledge necessary for their projects. We specialize in that. Our software isn’t traditional – it’s destined for millions of users, or for use within an organization, but with a similar approach to what’s used in our personal lives.

CH: What’s the differentiation between personal technology and work technology?

GE: Before, technology provided structure for work. Now, in some companies, it’s like technology doesn’t reach the same level it does on the outside. Enterprise Consumerization addresses employees like they’re consumers. We’re dedicated to that type of software, and we add in components like fast development (agile processes) and the generation of a different kind of proposal than what’s currently on the market, innovation services that come out of our experiences working with the top clients in the world.

CH: You’ve announced the opening of another office in Uruguay (Maldonado) as part of the Globant on the Beach program. What’s the relationship between this strategy and the company’s culture of attracting talent?

EG: We always try to think of the big picture, globally. In a world in which talent is mobile and rotates, in which the Y generation enjoys different experiences, we thought it could be interesting to offer the chance to work in a stimulating industry, like technology, in an enjoyable geographical location. We invested in education and started to think about the possibility of setting up offices in paradisiacal locations and finding people who would want to move to those places, people who want to take on challenging and diverse projects. We’re adding onto that attractive work spaces, a Globant stamp.

GE: These geographies don’t often receive a lot of attention from businesses, and that’s what we want – for companies to start to attract people to those locations, the places where they weren’t going before. We want to attract talent to places people want to go, even if they’re not urban centers. There are a ton of attractive cities with seasonal industries that deserve to have nonpolluting industries throughout the year. In these destinations, we’re looking for a chance to install ourselves and decentralize to foster a more pleasurable work environment. At the moment, we’re building an office in Mar del Plata (Argentina) and analyzing more tropical places.

CH: You’ve invested in  Ventas-Privadas.com. Do you think you’ll be investing in other startups?

GE: We’re very active in trying to foster a competitive ecosystem in the region. I’m an Endeavor entrepreneur, and I’ve realized that, in startups, you often get wrapped up in your own things, but you have to consider external issues as well. Our work can serve as an example for others and inspire, serving as a pillar for others. The founders of Globant founded Vivid Growth, and up to now, we’ve made several investments, not in a particular sector but instead in entrepreneurs and ideas we think we can help.

Etiquetasadvertising Argentina endeavor enterprise software Globant Globant on the Beach Guibert Englebienne innovation Martin Migoya Martín Umaran Néstor Nocetti Software startups stories technology Ventas-Privadas.com
Chilean Women Entrepreneurs Hit the Streets in Silicon Valley
The Why, What and How of Applying to Start-Up Brasil According to Three Guys Who Got In