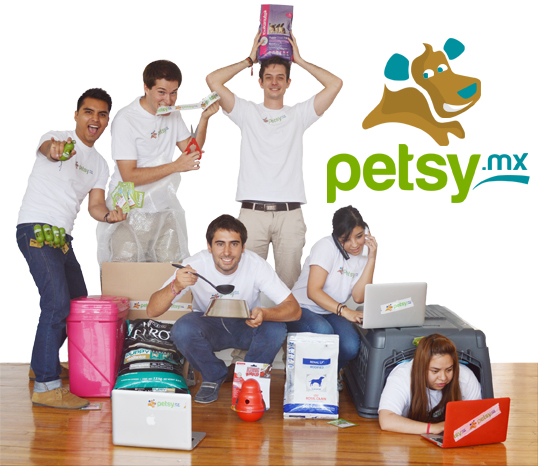 The entrepreneurial path can lead to some pretty unexpected places. Such is the case of Pablo Pedrejón García and Toby Clarence-Smith, who went from Europe to Wharton to Mexico to launch Petsy, an e-commerce platform for all things pets.

When deciding where to set up shop with their startup, Mexico wasn’t always the plan. In fact, Pablo, who’s from Spain, and Toby, who’s Italian, considered a number of other locales – including New York, San Francisco, and Latin America’s star market, Brazil.

The Problem(s) with Brazil

So why not Brazil? Pablo pointed to three main deterrents.

First, living expenses. Pablo interned in Brazil with Amazon and traveled to São Paulo for a week to meet with friends and get a feel for the ecosystem while there. During that time, he got to experience first-hand some very high prices. “For the first time, I saw how amazingly expensive everything was there. Just a taxi ride is worth a whole day’s budget in Mexico,” he commented.

Second, Brazil is notoriously challenging for those hoping to start a business, especially when it comes to bureaucracy. The situation is especially exacerbated for foreigners, who must enlist a local partner to get through all of the loopholes and red tape.

Lastly, the Brazilian startup market is pretty crowded. “Brazil has been on the radar for a lot of entrepreneurs and funds for the last four years. A lot of money has been put into the space, a lot of startups cover the niche option that we would have launched,” Pablo explained. “There’s just so much more competition.”

Like Pablo, Toby’s internship experience also played a role in his eventual entrepreneurial debut. He worked at Rocket Internet e-commerce startup Linio in Mexico City and, by and large, was impressed:

I think it’s pretty clear that there’s a lot of opportunity in Mexico, for many of the opposite reasons of Brazil. The fundamentals in Mexico are there – it’s a big country, and it’s growing very fast. From a macroeconomic perspective, it’s a good time to be in Mexico. And the government seems to have its head screwed on pretty tight.

Moreover, Mexico’s startup space is largely untapped. Historically, internet penetration rates in the country have been quite low, but that’s changing fast. Carlos Slim’s telecom monopoly is losing ground, opening up space for up-and-comers, and people are getting richer, with more access to credit and debit. “The fundamentals are starting to support the road to the internet space,” he affirmed.

Not to mention that setting up a company in Mexico is a fast process. Case in point: it took Petsy three weeks.

Eye on E-Commerce and a Vertical Niche

Market decided, Pablo and Toby also needed to find their niche. E-commerce was a clear choice for both, given their backgrounds as well as the rubric’s momentum in Mexico. But landing on a specific model took some time.

“We looked at various different options, and in the end, we decided to go for a niche vertical play, for various reasons,” Toby explained. “One, it’s a model that’s worked pretty well in other countries – the U.S., the U.K. and Europe. Two, because it matched our interests more closely. Three, there really weren’t any competitors.”

Petsy’s particularly niche – pets – has some attractive elements. It’s a big market in Mexico, growing at 10% a year, and virtually every household in the country has a pet. Pablo and Toby also took into the consideration the recurring nature of purchases in the pet sector, meaning advantages in managing inventory and cash flow and in building relationships with customers – especially considering that one of the startup’s main points of focus is bringing U.S. customer service to consumers in Mexico.

Launched for the public in mid-May, Petsy’s still got a lot of room to grow. And right now, the startup is on the lookout for capital to help it do just that. Getting funding in Mexico’s developing ecosystem, however, is easier said than done.

The Petsy team has been in touch with a few institutional funds in Mexico as well as wealthy individuals, many of whom aren’t exactly receptive to the idea of a startup. Pablo added, “We definitely feel that there’s a funding gap.”

There are a few bigger funds that are writing checks for one or two million dollars, and then there are accelerators and incubators doing US$10,000 to US$50,000 tickets – and nothing in between. And because Petsy is in the e-commerce niche, the team doesn’t think doing an acceleration program makes sense.

Investment options outside of Mexico are not, of course, off the table. In fact, Petsy will soon be headed to São Paulo to meet with a few potential investors there. The team is also drawing on its European roots and putting the word out in Spain. “Spanish funds are out of opportunities in Spain – there’s not much more that you can invest there. Latin America’s a logical growth option,” Pablo noted. Petsy has already has quite a bit of visibility in Spain, having been one of the winners of the SeedRocket Entrepreneurship Campus in Barcelona.

Petsy’s path has certainly been a geographically diverse one, and it’s just getting started. Geography, however, is just one element that makes it a unique case to study.