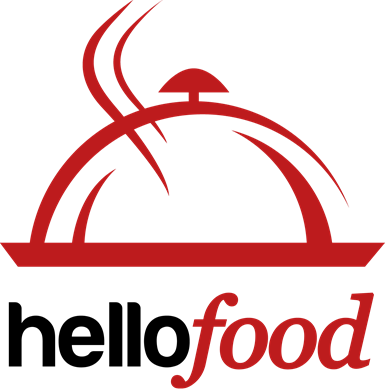 Latin America’s online food delivery market is a competitive one, and the player that comes out ahead will be that which takes the most aggressive stance. And when it comes to the guys at Rocket Internet, aggression is their middle name – so it comes as little surprise that Rocket’s online food delivery service Hellofood has just swallowed up one of its competitors in Brazil, Jánamesa.

Launched in April 2012, Jánamesa is an affiliate of German startup Lieferando. It is active in São Paulo and Rio de Janeiro, working with over 600 restaurants across Brazil, all of which will now be integrated into Hellofood.

“This takeover, and the fact that we are doubling our user base, means a fundamental strengthening of our position in the Brazilian market,” remarked Emerson Calegaretti, the Co-CEO of Hellofood Brazil. “The benefits are obvious: More users and a greater range of restaurants will drive both orders and revenue. For customers, the order on Hellofood remains simple, fast and convenient.”

Cyrill Wiget, President of the Board of Jánamesa Holding SA, echoed:

We wish the best of luck to Hellofood in this new step. We are happy working together with you and it’s a result of our ongoing belief in this market, and our investment in this business model. We strongly believe that Hellofood is going to shape the food delivery market in Brazil and is an ideal partner.

Hellofood, along with its affiliated brand, Foodpanda, is among the largest groups of online food platforms in the world. The group has also taken over Singapore-Dine in Asia and Ételvitel KFT in Hungary.

As is the case with many Rocket Internet startups, Hellofood is heavily funded. In May, it closed an investment deal worth upwards of US$20 million with AB Kinnevik and Phenomen Ventures.

For Ralf Wenzel, Global CEO of Hellofood/Foodpanda, the acquisition of Jánamesa is a reflection of the company’s strong global performance overall. “Our message is simple – Hellofood will become the number one food delivery service in as many countries as possible. We are already leading in Asia and we will continually move forward around the globe. We came to stay,” he stated.

Hellofood has certainly set some lofty goals. However, it faces tough competition, especially in Brazil and Latin America, where the online food delivery market is growing at a 12% annual rate.

Alejandro Ponce, who heads the company’s Latin American operations, acknowledged that the regional market is crowded terrain in an interview earlier this year. But he expressed confidence in his company’s ability to outdo the rest, noting the group’s size and prowess in other markets.

Hellofood’s acquisition of Jánamesa will give it a leg up in Brazil, for sure, but it isn’t exactly home free when it comes to competitors. Movile-backed iFood is among the market’s most formidable startups, having proven especially successful in the mobile realm (Hellofood is also available for mobile). PedidosYa, or as it’s known in Brazil, PedidosJá, is a strong player throughout the region, and Curitiba-based Foome can’t be counted out either – nor can the delivery platform recently launched by Brazilian giant Peixe Urbano.