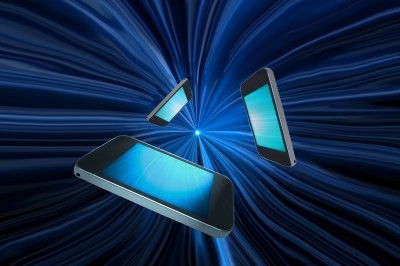 These are the top stories in entrepreneurship and technology in Latin America this week:

Business Models that Break the Mold in LatAm: How are they Changing the Paradigm? Education, banking, media, medicine and travel are among the industries most being transformed by disruptive models and technologies today. Such models are the result of new uses and of what’s yet to come from the consumer who has completely incorporated technology. And though Latin America isn’t at the forefront of the movement, it’s certainly on the way with its own set of disruptive projects and initiatives.

One of the most formidable forces in mobile technology in Latin America, Telefónica, has formed alliances with other actors to continue to consolidate its position in the market.

Last week, Telefónica announced the launch of two Firefox smartphones – the Alcatel OneTouch Fire and the ZTE Open – in Colombia and Venezuela. The devices will be released in Brazil later this year, as well. Likewise, the company also revealed an agreement with U.S.-based electronic payment service iSend to keep families in the Americas better connected.

Should Everyone be an Entrepreneur?

Entrepreneurs are replacing employees at an increasing rate. An infographic released by Funders and Founders divulges that traditional employees – people you could tell what to do and when and how to do it – are becoming a thing of the past. Instead, companies are going the route of intrapreneurship, a global phenomenon through which businesses are hiring entrepreneurs-in-residence, holding hackathons and allotting employees 20% of their time to work on alternative creative projects. The key to standing out in this entrepreneurial work dynamic is creativity. And that’s a quality many traditional employees are lacking. Frank Martin, CEO of Restorando: “Much to our surprise, mobile traction represents 35% of our business”

Restorando is a free online restaurant reservations portal operating in Argentina, Brazil, Chile and Colombia. It boasts 2,400 registered establishments and has currently placed its focus on two principal elements: mobile traction and the challenging Brazilian market. PulsoSocial’s Clarisa Herrera sat down with Restorando CEO Frank Martin to find out more about the company’s plans.

Desafio Intel  promotes tech entrepreneurship among university students and recent graduates in Latin America. In the context of this year’s fifth edition, Fernando Martínez, Education Manager at Intel, shared with us the company’s vision in concentrating on educational development:

We’re giving entrepreneurs the best educational experience possible – something that they can apply immediately, turning them into agents of change in their own ecosystems.

Brazil and Latin America Preferred Markets for Online Retailers in the U.S.

According to 2013 Latin America 400, an Internet Retailer report that ranks and analyzes the leading online retailers in the Americas outside the United States, 248 of the top 400 e-retailers are located in Brazil. What’s more, the collective web sales of those 248 increased 19.9% in 2012, reaching US$9.6 billion. “From maturing e-retailers to skyrocketing start-ups, e-commerce in Latin America is booming,” affirmed Jack Love, Internet Retailer Chairman and CEO. The report explores the strengths of Latin American e-commerce and delves into what countries like Brazil, Mexico, Chile and Argentina are doing right. 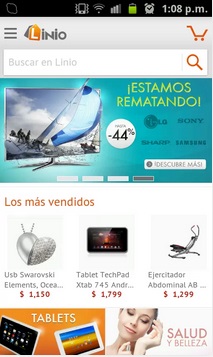 Security is the key to unlocking mobile commerce in Latin America as consumers remain wary of the risks related to sharing financial and personal data online – especially via mobile devices. That said, 74% of Latin Americans are interested in e-commerce, rendering the sector a huge opportunity as well.

In this panorama, Linio, often referred to as the “Amazon of Latin America,” has launched its first mobile app. The company will try its hand at taking advantage of all Latin American m-commerce has to offer – and finally convincing consumers that buying mobile is safe.